Corsair talks DDR5 - Could "run much hotter than DDR4"

Corsair talks DDR5 - Could "run much hotter than DDR4"

DDR5 memory will be coming to market later this year, and Corsair is ready for that transition. In the company's latest "Corsair Lab" video, the company has discussed how DDR memory has progressed from DDR to DDR2, DDR3, DDR4 and now DDR5.

With DDR5, module speeds and capacities are due to receive major boosts, delivering more bandwidth to users and DDR5 module capacities as high as 128GB.

While DDR5 is more efficient than DDR4, the movement of power regulation could place more thermal strain on DRAM modules. This will be especially true for high-power/high-performance modules. With DDR5, Corsair plans to use the latest version of its Dual-path Heat Xchange (DHX) technology to deliver ample cooling for its DDR5 memory solutions. 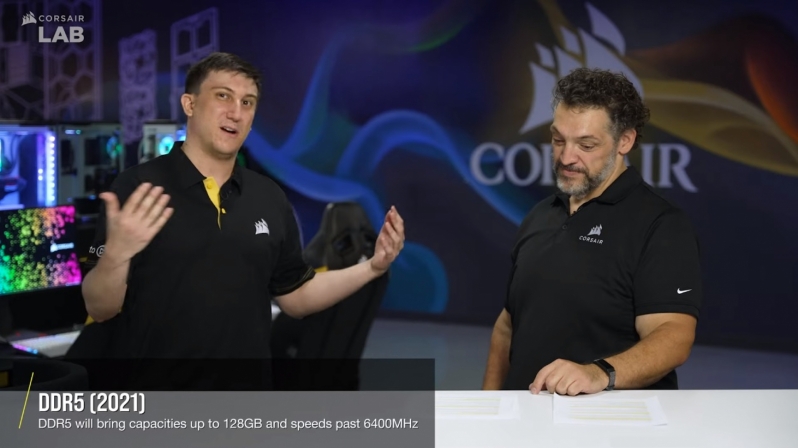 Why do we need DDR5?

If core counts rise and memory bandwidth doesn't, the amount of bandwidth that each core has to work with diminishes. This can prevent high core count processors from reaching their highest performance levels, which is one reason why we need a memory technology that's faster than DDR4.

Why not add more memory channels?

A neater solution is to improve memory standards to make each module faster, more power-efficient, and more memory dense. In short, DDR5 is designed to break past many of the limitations of DDR4.

By increasing per module bandwidth levels, DDR5 can break past the bandwidth limitations that face today's high core count processors and give consumers significantly more bandwidth per core for today's multitasking workloads. 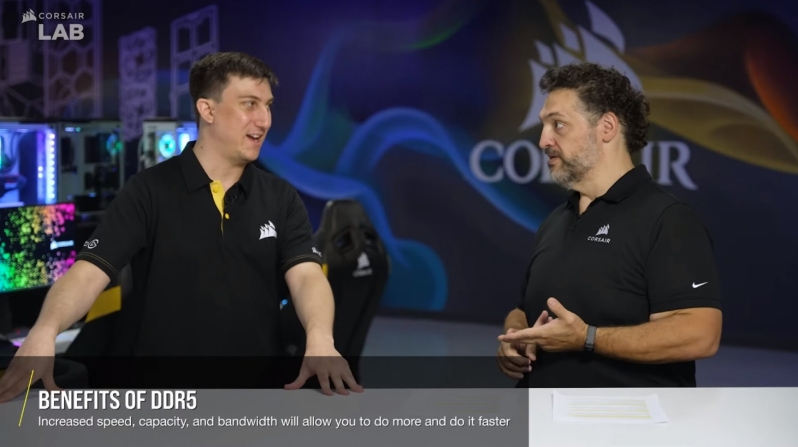 DDR5 memory modules are due to become available later this year, with Intel's Alder Lake platform offering first-to-market DDR5 memory support. AMD is expected to support DDR5 memory in 2022 with their Zen 4 CPU architecture, transitioning the high-end PC market away from DDR4.

You can join the discussion on Corsair's plans for DDR5 on the OC3D Forums.

WYP
Quote:
I'll be honest, with on-module power control I can see a market for overclocking DIMMs. ADATA has listed DRAM voltages of 1.6V, which is way above DDR5's 1.1V standard.

RAM fans could be making a return with DDR5.Quote