DRAM makers could be fined Billions in antitrust fines in China

Should DRAM pricing be as high as it is?

DRAM makers could be fined Billions in antitrust fines in China

Over the past two years, the PC industry has seen considerable increases in both DRAM and NAND prices, making several computer components more expensive to produce. In this case, supply has not kept up with increasing demand, with PCs, mobile phones, home consoles and other products using more RAM and NAND-based storage than ever before.

Chinese regulators are currently looking into DRAM market, investigating the likes of Samsung, Micron and SK Hynix, who combined control over 90% of the DRAM market. All three manufacturers have been visited by the Chinese Anti-Monopoly Bureau and have stated that they will co-operate with the investigation.

If these three companies are found to have breached China's anti-trust laws, each company could be fined between $800 million and $8 billion, with fines based on DRAM sales between 2016 and 2017.

This investigation also comes at a time where several Chinese companies plan to enter the DRAM market, where today's high pricing could be seen as a good thing for Chinese startups, which are set to start production in late 2018 or early 2019.

It has been speculated that Samsung, SK Hynix and Micron have manipulated the DRAM market to keep prices high and have delayed capacity expansions to coincide with the introduction of Chinese-made DRAM, which could crash the market and leave Chinese producers without any profit. In effect, this move could kill off China's DRAM startups, keeping the big three dominant in the DRAM market. 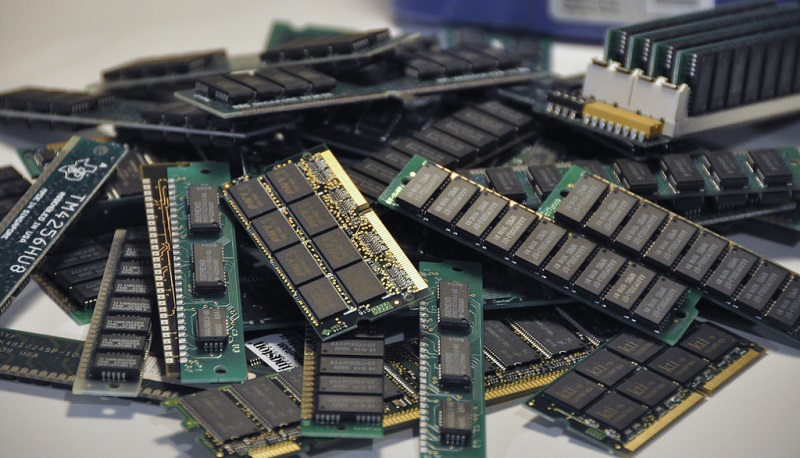 China is one of the world's largest buyers of DRAM, making the rising cost of memory harmful for the company's OEM market. Chinese regulators want to make things easier for their OEMs while protecting their DRAM makers from a potential/sudden crash in DRAM pricing.

You can join the discussion on DRAM makers facing anti-trust fines in China on the OC3D Forums.

Avet
Unless they fine them 90% of the extra profit they have earned by raising prices 3x they won't be phased. And they will gladly take the risk of manipulating market again in few years. GamersNexus has spoken with some manufacturers off the books, and one of them said "We have more money than God." So 8 billion is just pocket change for them.Quote

NeverBackDown
They will still be forced to correct there errors. If they do it again they can always break the company up.Quote

Warchild
Quote:
It's needed I think. Samsung getting bigger and bigger and more involved in other technological areas. Given that they have been caught and fined for corruption, having Samsung with all their fingers in the pie is not good.Quote

DannyDeluxe
They should be put in prison, unfortunately it doesn't often work like that for companies that do shady stuff...Quote