Who own a CPU that runs faster than 4.6GHz?

G.Skill has released their latest addition to their Trident Z series of memory, offering dual channel kits that offer memory speeds of 4600MHz on X299 motherboards with Kaby Lake-X CPUs. These kits use hand picked Samsung B-Die memory components and come in both silver and black variations.
Previously, these memory speeds were only possible using heavily overclocked memory DIMMs, being in the realms of liquid nitrogen cooled overclocking just a few short years ago. Now, these memory speeds can be achieved with CL19 timings in dual channel mode with 8GB DIMMs.

Below is a screenshot which shows this memory functioning in an ASRock X299 OC Formula motherboard with an Intel i7-7740X CPU, showcasing its stability on the X299 platform with Kaby Lake-X. 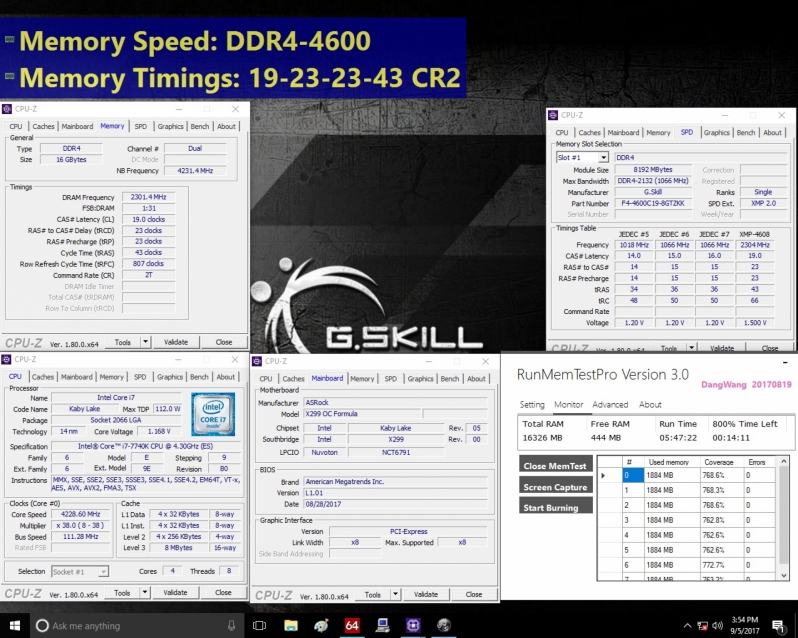 These memory DIMMs are set to release by the end of this month through G.Skill's authorised distribution partners, though the pricing of these kits has not been confirmed yet.

You can join the discussion on G.Skill's new 4600MHz DDR4 memory kits on the OC3D Forums.