G.Skill is well known for their premium memory kits, both for their high-performance modules and for their aesthetically focused DRAM, such as their Trident Z Royal series (Full Review Here).

With speeds of 4266MHz and CL18 timings, G.Skill plans to offer the best memory performance available on X299, packing speeds that are well in excess of most consumer DRAM over eight memory slots. Each of these memory kits is validated on an Intel i9-7900X processor and an ASUS Prime X299-DELUXE II motherboard, offering 64GB of memory capacity.

Each of these memory modules uses Samsung B-die memory components and offers CL18-22-22-42 latencies, offering Intel XMP 2.0 support and uses memory voltages of 1.4v to operate at their highest speeds. 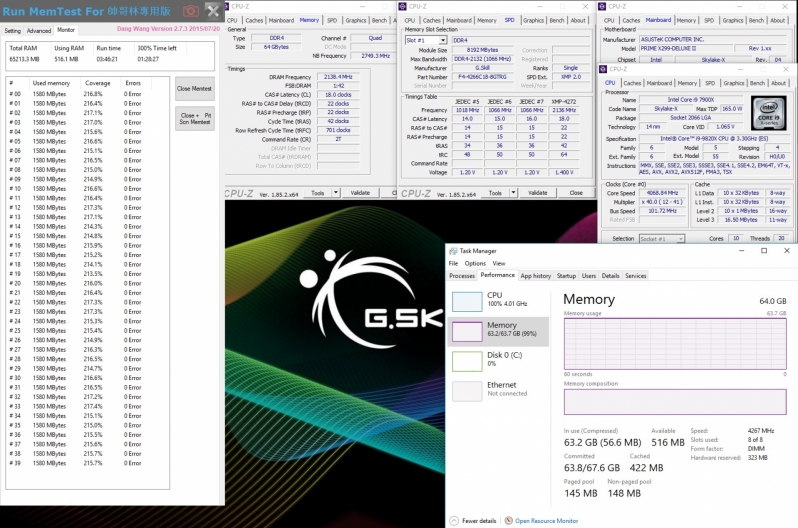 You can join the discussion on G.Skill's DDR4-4266MHz 8x8GB Trident Z RGB and Trident Z Royal memory kits on the OC3D Forums.

grec
Looks like a bracelet you'd get from poundland. I guess this is meant for eastern markets.Quote

TheF34RChannel
Quote:
I wholeheartedly agree. The silver ones looks slightly better, however I prefer the regular trident.Quote

Bartacus
I actually like the silver ones. I just really don't understand WHY I like them, other than the fact that my RAM section of my mobo looks a bit dark!Quote

TheF34RChannel
Quote:
Still, the whole line looks quite girlish to me...