One of the problems with laptops and small form factor PCs is that they often use SO-DIMM memory, and while these modules are compact and capable, they are often limited to standardised JEDEC speeds, which have looser timings and lower clock speeds than their higher-end (full-sized) DIMM counterparts.

Few manufacturers create performance oriented DRAM SO-DIMMs, as most users simply buy modules with the per-module capacities that they desire for their specific workloads. More often than not, clock speeds and timings are an afterthought, which is a shame for performance-oriented laptop users.

G.Skill has just launched their first RIPJAWS series DDR5 SO-DIMM modules for laptops and small form factor PCs. These modules will be available with memory speeds of up to DDR5-5200 and per modules capacities of up to 32GB. For a laptop with two SO-DIMM slots, that means that you can create a PC with 64GB of DDR5 memory.

G.Skill expects their new DDR5 RIPJAWS series SODIMMs to be available to customers in this month though their partnered retailers. 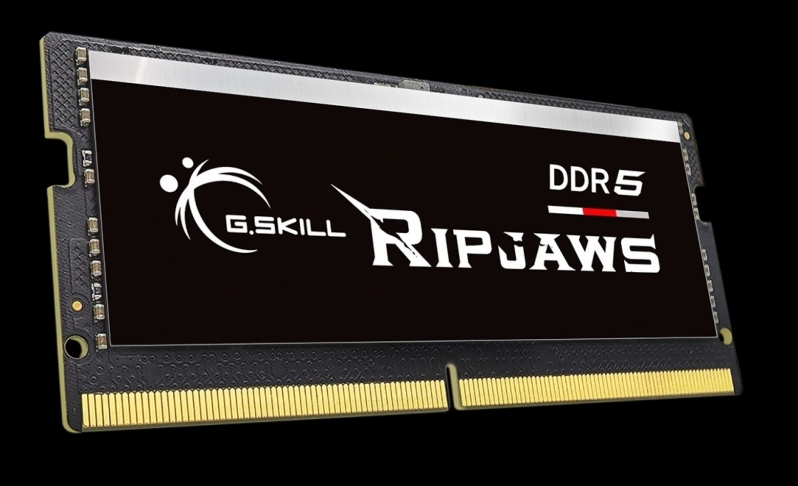 G.SKILL International Enterprise Co., Ltd., the world’s leading manufacturer of extreme performance memory and gaming peripherals, is pleased to announce the launch of Ripjaws DDR5 SO-DIMM memory kits for laptops and small form factor PC systems, with available memory speeds up to DDR5-5200 or kit capacity up to 64GB (32GBx2).

Designed for Performance and Reliability

Shaping the industry standard for memory performance, G.SKILL is launching low-latency specifications with the Ripjaws DDR5 SO-DIMM memory series, including DDR5-4800 CL34-34-34-76 and DDR5-5200 CL38-38-38-83. For a list of specifications at launch, please see the chart below: 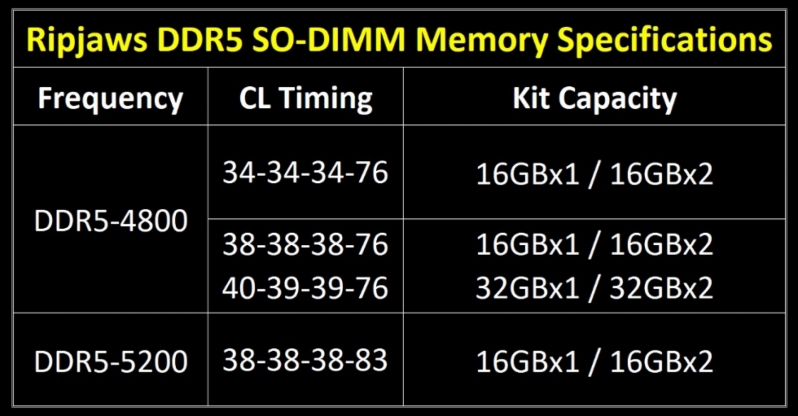 You can join the discussion on G.Skill's new RIPJAWS DDR5 SO-DIMM modules on the OC3D Forums.