This kit will ship with 4x8GB modules and offer CL18-22-22-42 timings, with each kit being validated on a Ryzen Threadripper 2950X on an ASUS ROG Zenith Extreme Alpha motherboard. Before this product, G.Skill's highest-end DDR4 memory kits for X399 offered 3200MHz speeds.

These new memory modules will make up part of the company's extended Trident Z RGB memory lineup for AMD processors, which are otherwise known as TZRX models. These new DIMMs will operate at 1.35V and are designed to run in a quad-channel configuration. 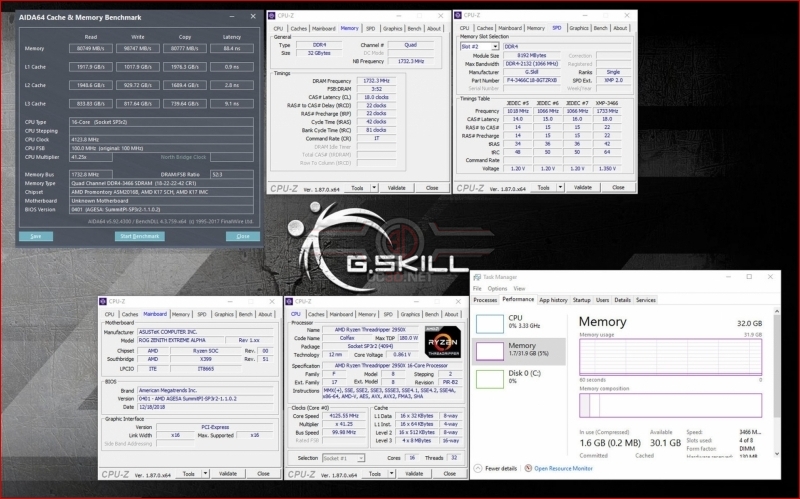 G.Skill plans to release these new Threadripper series memory modules in Q1 2019. The pricing for these new memory kits are currently unknown.

You can join the discussion on G.Skill's X399-optimised 3466MHz DDR4 memory modules on the OC3D Forums.