G.Skill has prepared several new series' of DDR5 memory kits that are ready for AMD's new Ryzen 7000 series processors and AM5 motherboard platform. These new DRAM kits will be available in Flare X5 and Trident Z5 Neo flavours with speeds of up to DDR5-6000 with AMD EXPO compatibility (more information about AMD EXPO here).

AMD's EXPO technology is designed to allow Ryzen users to easily overclock their DDR5 memory kits to achieve optimal performance from their systems. PC builders can simply enable AMD EXPO profiles in the BIOS with a compatible CPU/motherboard to unleash the potential of their systems with minimal faffing about.

G.Skill's Ryzen/EXPO optimised DDR5 memory kits will be available this September, allowing PC enthusiasts to purchase them alongside AMD's Ryzen 7000 series Zen 4 processors and AM5 motherboards. Below is G.Skill's Press Release for their new EXPO compliant memory modules. 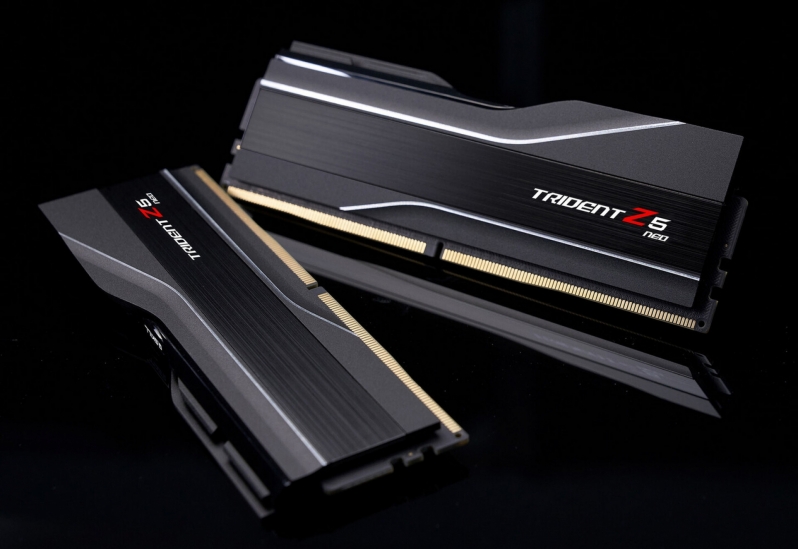 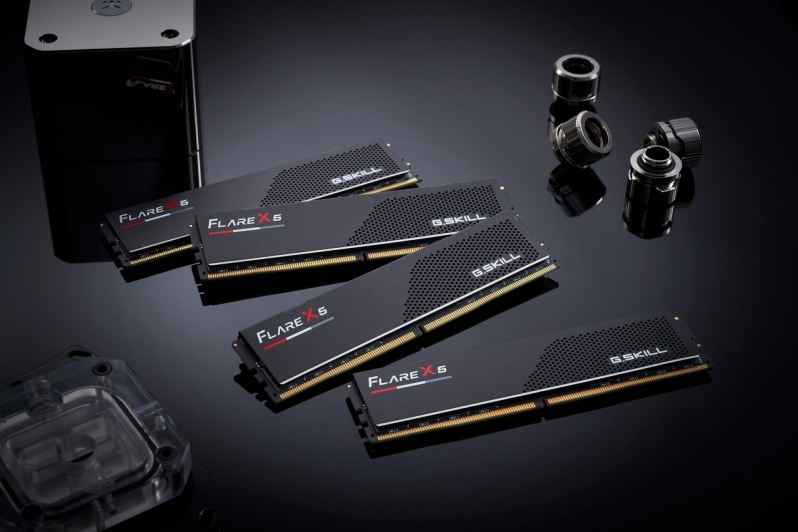 Bearing the flagship Trident family name, the new Trident Z5 Neo and Trident Z5 Neo RGB series are purpose built for overclock performance on the latest platform with AMD Ryzen 7000 Series processors. The heatspreader design retains the iconic powder-coated matte black and paired with a premium black brushed aluminium inset, which color-matches with a majority of motherboard color schemes. Staying true to the Neo design, CNC highlight strips along the flanks give the heatspreader design an additional metallic sheen. 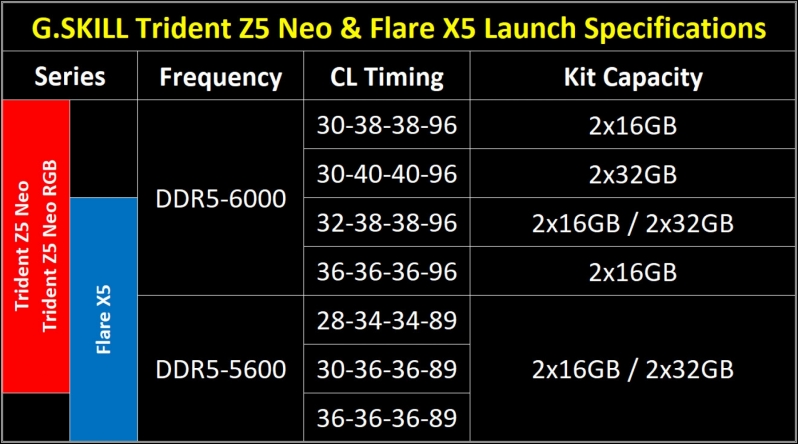 Available in a matte black finish, the Flare X5 series DDR5 memory is the successor of the Flare X series DDR4 memory. Built with hand-screened IC chips tested for quality and performance, the Flare X5 is designed and optimized for the new DDR5-enabled AM5 platform. Additionally, the 33 mm low-profile height of the Flare X5 also makes this an excellent choice for compact builds or builds with large CPU coolers that don't have clearance height for taller memory modules.

The Trident Z5 Neo, Trident Z5 Neo RGB, and Flare X5 series DDR5 memory kits will be available in September 2022 via G.SKILL worldwide distribution partners. Please refer to the table below for a list of specifications.

You can join the discussion on G.Skill's Ryzen optimised DDR5 DRAM modules on the OC3D Forums.