G.Skill has a new flagship series of DDR4 memory modules

G.Skill has revealed a new series of DDR4 memory modules, offering PC builders a new external aesthetic with a crystalline patterned aluminium heatsink. Meet the Trident Z Royal Elite series, high-end DDR4 memory modules that ship with Gold and Silver colour schemes and speeds of up to 5333MHz at launch.

These may not be the fastest modules that G.Skill produces or the lowest latency modules within their DDR4 lineup, but they do offer excellent specifications and a stunning aesthetic. These modules are designed to be compatible with a wide range of processors/motherboards and for stability over cutting-edge performance. 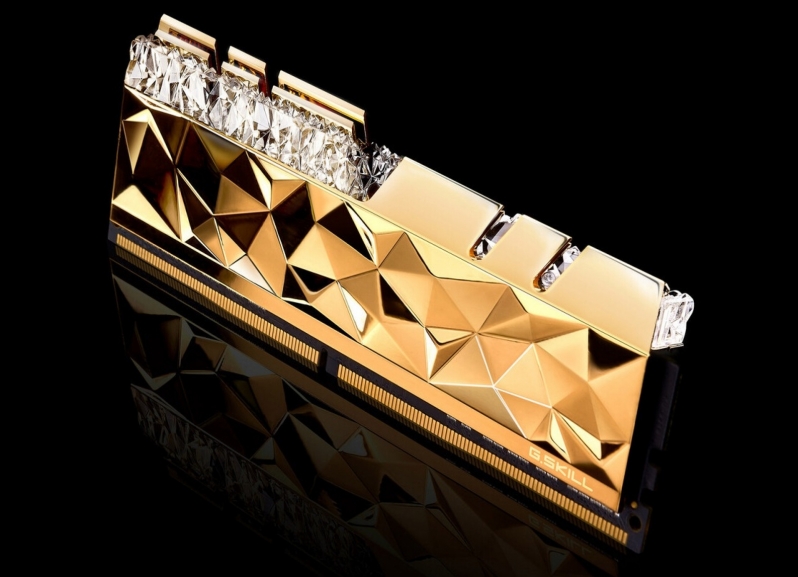 You can join the discussion on G.Skill's new Trident Z Royal Elite series of DDR4 memory modules on the OC3D Forums. 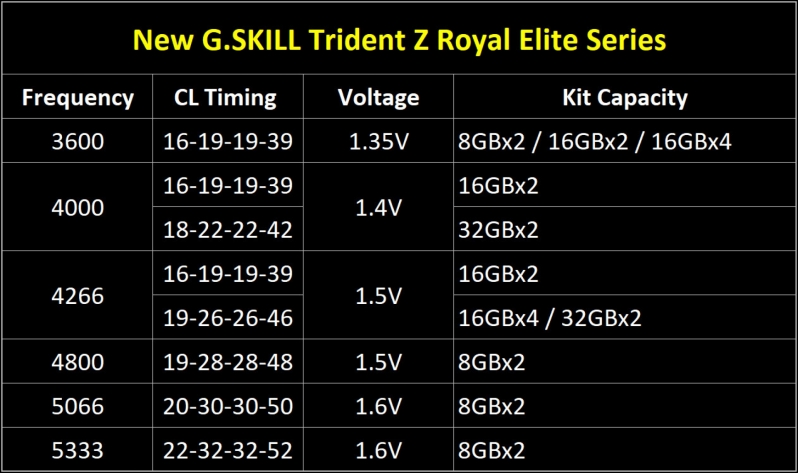 Dark NighT
I'm not sure if this is pretty, or very very marmite, i have the original royal silver's and i like those, but this....

Dawelio
Quote:
I'm with you on this, I also have the original Royal silver ones and they are much nicer than this. These reminds me a lot of Fractal's front panel on their Meshify cases

Bartacus
I have the OG silvers too, and I find these don't look *that* much different. Any design elements on the sides of RAM tend to get lost in most builds anyway. That weird hex element might not be all that noticeable once it's installed.Quote

NeverBackDown
Actually like these as much as the original. I think the looks head on don't look as good but in a case you won't notice and the dozens of RGBs we have no might reflect off these nicely. Which I guess may or may not be a good thing.Quote
Reply