G.Skill have often been at the forefront of memory, frequently pushing the boundaries of what is possible with DRAM by producing some insanely fast memory kits for all platforms.
To start off, G.Skill shown a 4000MHz kit of DDR4 memory that came with capacities of 16GB per DIMM, totalling 32GB in a dual channel kit with 17-17-18-38 CR2T Timings, which is super low levels of latency for such a high speed/capacity kit.
Moving beyond this G.Skill was also showcasing 4200MHz, 4400MHz and 4800MHz DDR4 memory kits with capacities of up to 8GB per DIMM, offering frequencies that are up to two times faster than standard 2400MHz DDR4. 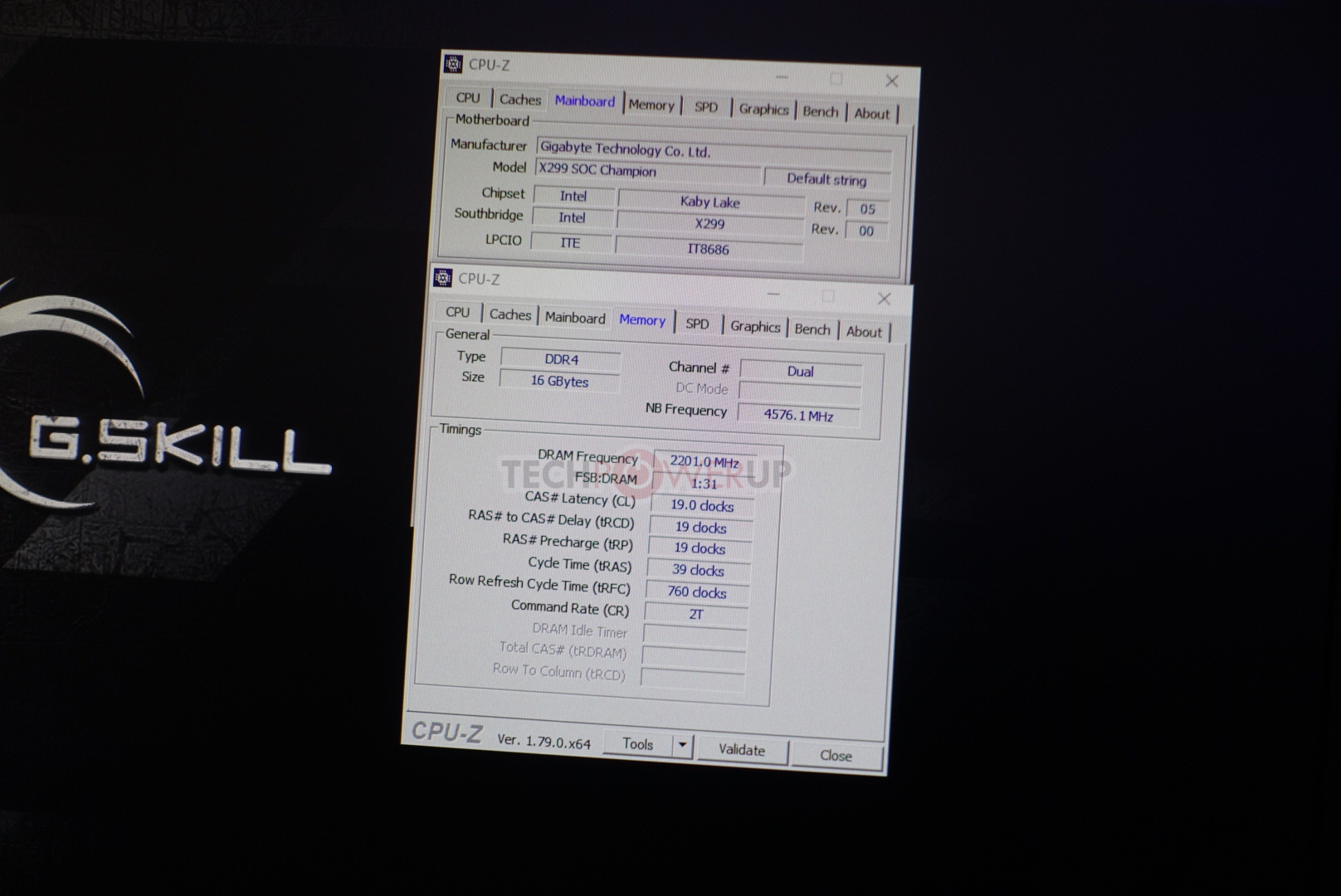 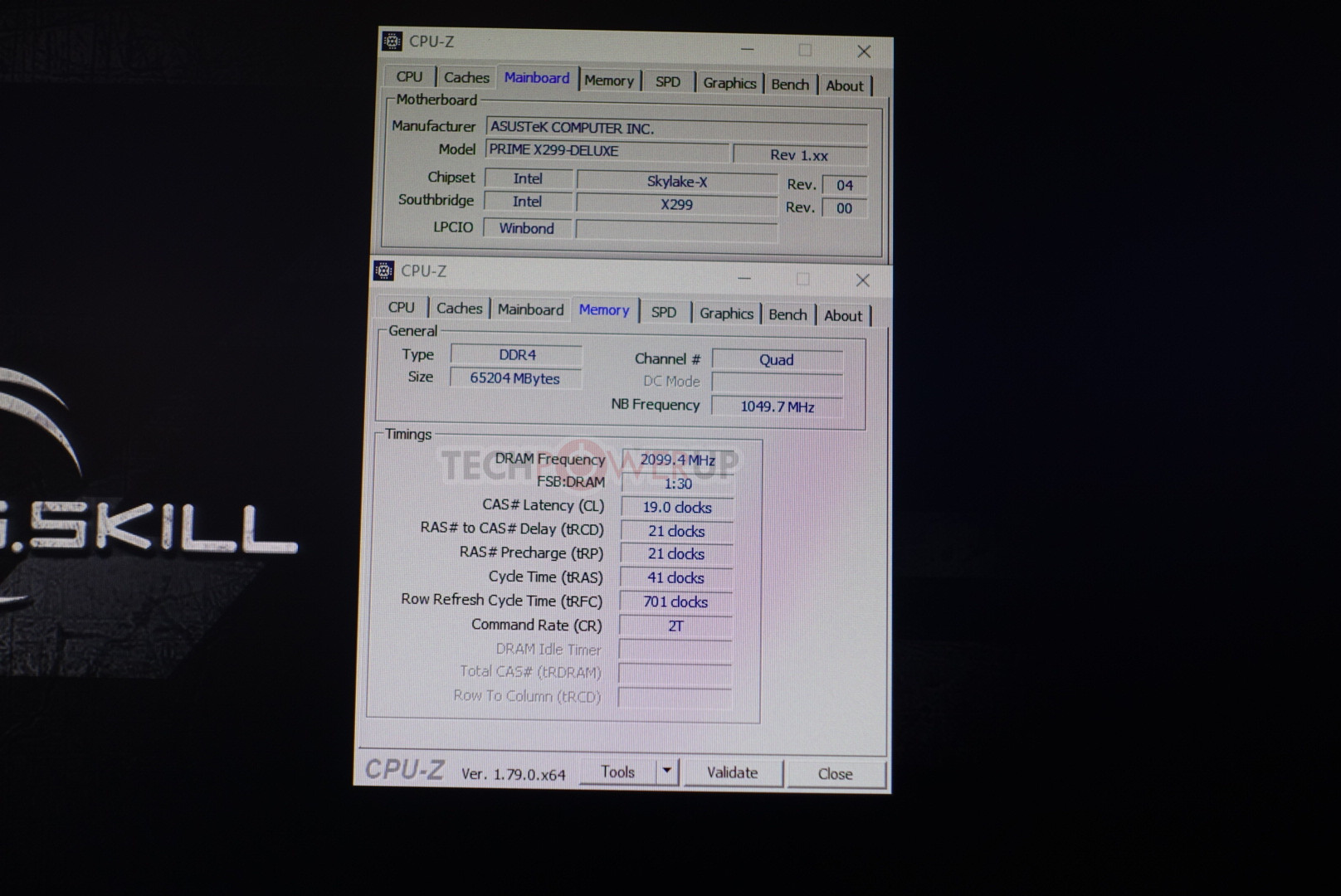 At Computex, G.Skill have been showing off Trident-Z 4200MHz memory kits with CAS latencies of 19-21-21-41 with both dual channel and quad channel 8GB kits being available. Beyond this G.Skill are also showing faster Trident-Z kits with

Beyond this G.Skill are also showing faster Trident-Z kits with faster memory speeds of 4400MHz and 4800MHz with lower CAS timings of 19-19-19-39. All of these memory kits are designed for Intel's latest X299 platform, requiring XMP 2.0 enabled systems to run at rated speeds. 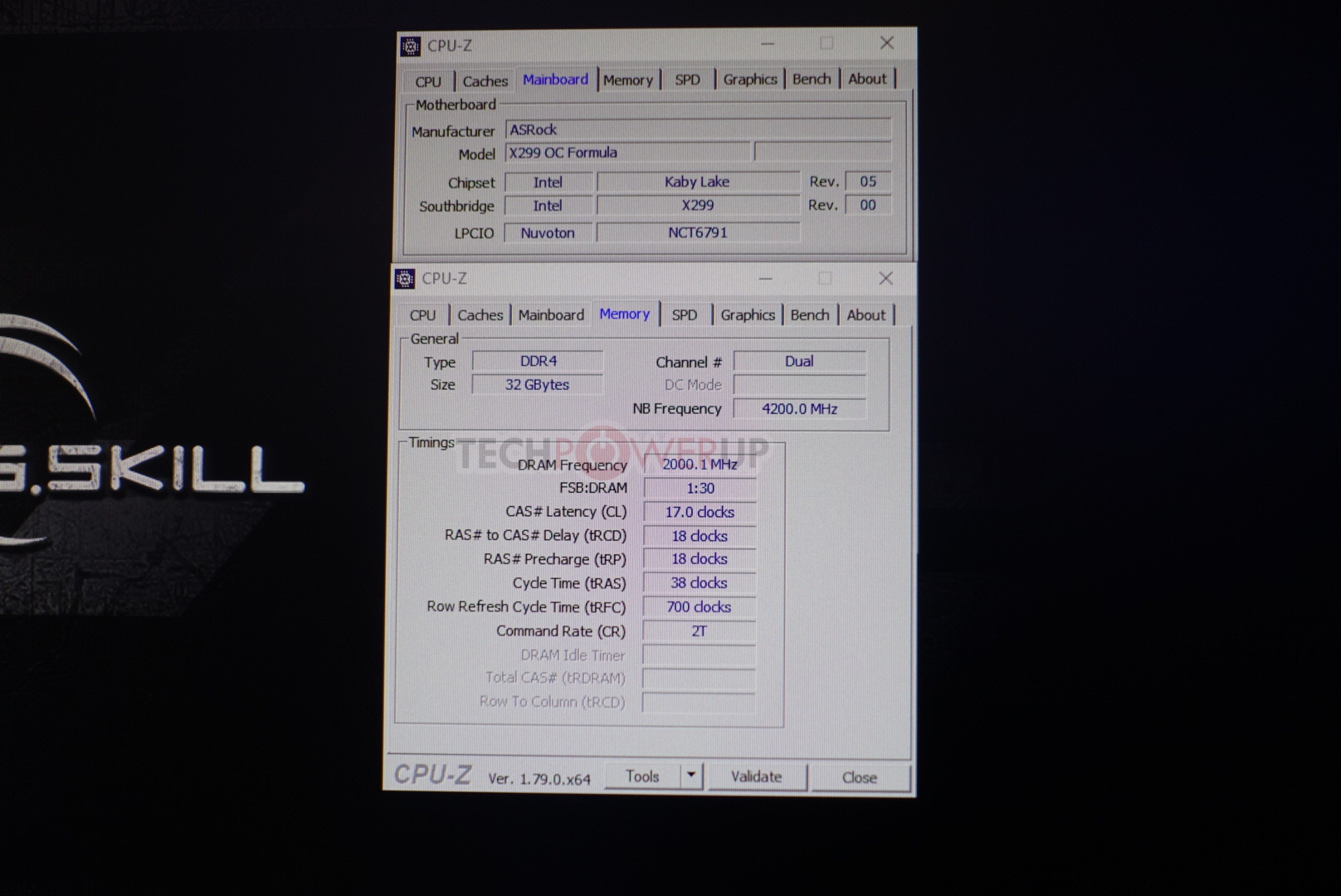 Since these memory kits are running at such high speeds and low CAS timings, they can be expected to cost vast sums of money when they are eventually released to the public. At this time it is unknown how much fast DDR4 memory will affect Intel's latest CPU platform.

You can join the discussion on G.Skill's new 4000MHz+ memory kits on the OC3D Forums.

NeverBackDown
4800mhz on a Ryzen system. Wonder how that'll do

Avet
Quote:
Scaling is not linear, but it would be epic if you could run memory that fast. I wonder... What happens when memory runs faster than CPU?Quote

NeverBackDown
I didn't say it was linear, I was just pondering what it would be like to run 4800mhz on ryzenQuote

Bartacus
Quote:
Could the infinity fabric even run as fast as 2400mhz? I wonder if there is an upper limit there. I'm sure there is, just not sure what the limit would be.Quote

NeverBackDown
Quote:
No one really knows how the fabric works outside of AMD tbhQuote
Reply