Not bad for a lower-spec DDR5 memory kit

GALAX has shared some early benchmarks for its GAMER series of DDR5 memory modules, showcasing a DDR5-4800 kit with CL36-36-36-76 timings. This kit operated at 1.1V and appeared to be used with an Intel Alder Lake CPU in Gear 2 mode.

With JEDEC DDR5-4800 speeds, this kit is the lowest frequency that PC builders should expect from DDR5. As such, these benchmarks showcase what we should expect from the next-generation memory standard. Galax announced its new GAMER series DIMMs last week, initially revealing 2x 16GB dual-module kits. In the future, 2x8GB and 2x32GB kits are planned.

In AIDA 64, GALAX's GAMER DDR5 memory kit delivers read speeds of 69365MB/s, write speeds of 68413 MB/s, and Copy speeds of 65645MB/s. Memory latency was reported as being 86.3 ns. These performance levels are impressive for such a low-speed DDR5 memory kit, with the module's bandwidth being particularly impressive. 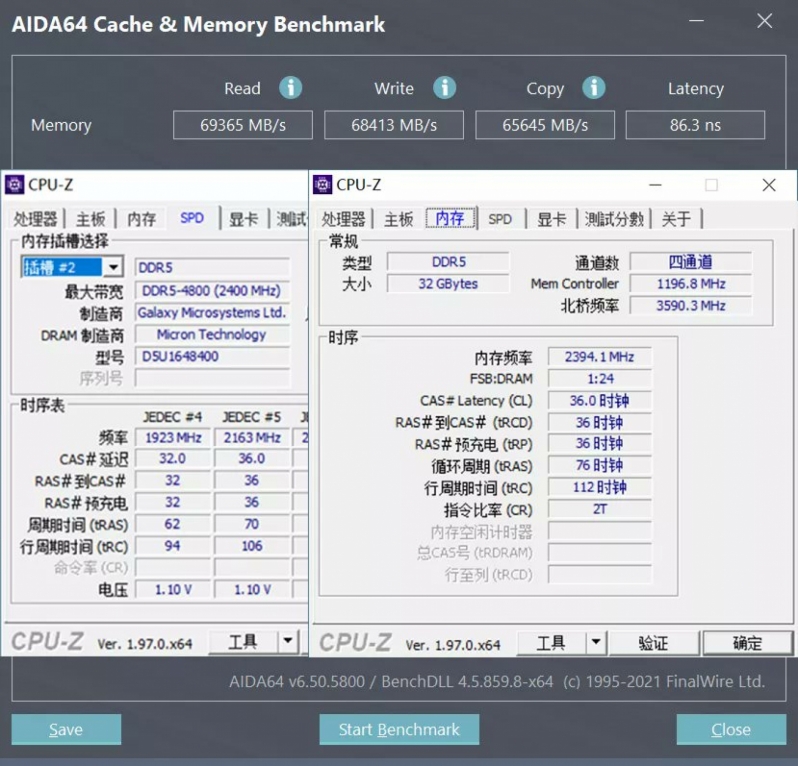 What about faster DDR5 memory kits?

Earlier this week, G.Skill revealed a DDR5-6600 memory kit that offered users the same primary CL timings of CL36-36-36-76. G.Skill has claimed that these modules are the "world's fastest", highlighting the potential of early DDR5 memory modules.

G.Skill has claimed that they are offering DDR5 memory kits that are 37.5% faster than Galax's GAMER series DDR5-4800 modules while providing users with the same primary timings. That change has the potential to significantly decrease DDR5's memory latencies, which is excellent news for gamers and anyone else with latency-sensitive workloads.

When Alder Lake and DDR5 memory launches, it will be interesting to see how DDR5 will compare to DDR4 in performance terms across various workloads. Will highly-tuned DDR4 memory kits be able to offer higher performance levels than DDR5 in some workloads, or will fast DDR5 kits be able to win across all scenarios?

You can join the discussion on Galax's early DDR5 benchmarks on the OC3D Forums. 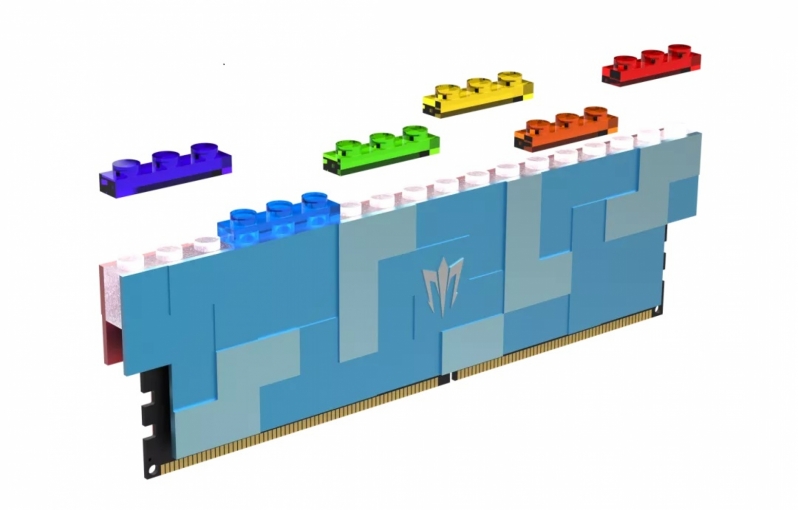