This support comes thanks to new BIOS updates, which can be applied to every motherboard that sports a supported chipset. This includes the Gigabyte Z390 Aorus Pro, which we recently reviewed (review link).

So far, Gigabyte is the only manufacturer who has announced that this support also extends to C246 motherboards, though in the future the company plans to extend this support to other 300-series Intel chipsets, a promise that other manufacturers have not committed to.

Before now, 32GB DDR4 memory modules have been exclusive to workstation/server-grade motherboards with registered memory, but now this support is possible on mainstream platforms, which is great news for consumers who require obscene amounts of DRAM. 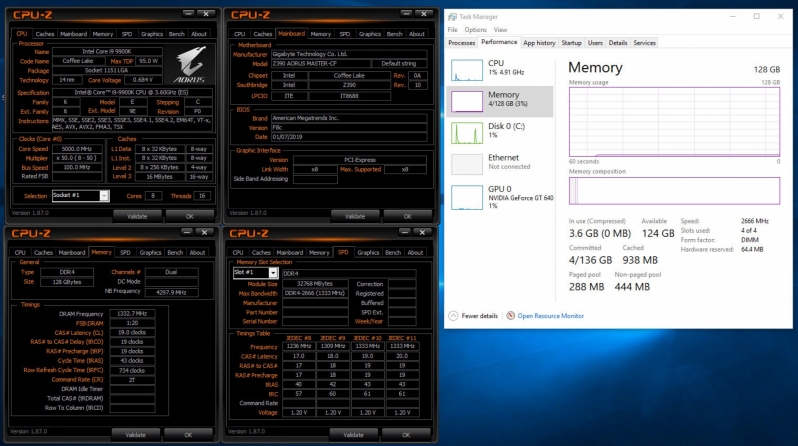 You can join the discussion on Gigabyte enabling support for 32GB memory modules on their Z390/C246 motherboards on the OC3D Forums.