How long will this new record last?

MSI and Gigabyte are in the middle of an overclocking battle. Earlier this week, Kovan Yang, an overclocker for MSI was the first overclocker to officially validate an DDR5 memory overclock of over 10,000 MT/s on HWBOT (more info here). Now, an overclocker called HiCookie has managed to break this record using Gigabyte hardware, and it is likely that this new DDR5 record may be broken again in the near future.

HiCookie is a professional overclocker that works with Gigabyte, and now holds the DDR5 overclocking record with DDR5-10022 speeds at CL46-58-58-46-104-2 timings. This is a mere 16MT/s faster than MSI's DDR5 record, though it is also worth noting that Gigabyte's record has also been achieved with tighter memory timings. 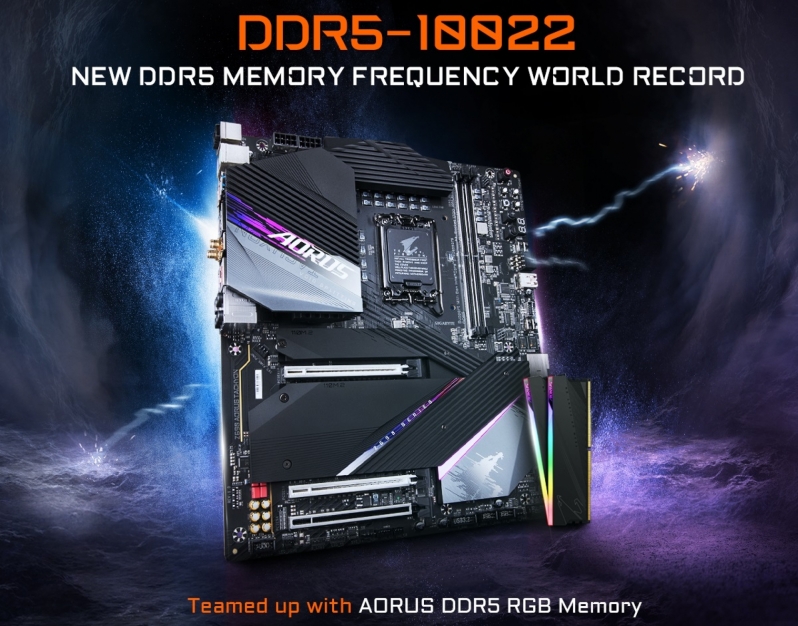 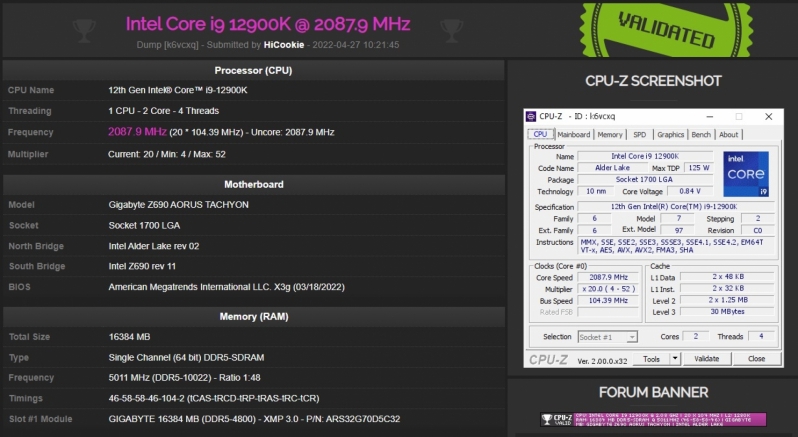 Expect faster DDR5 in the months (and years) to come

In time, we expect overclockers to smash today's records, and there is a good chance that more 10,000+ MT/s mememory overclocks will be attempted in the near future.

Last year XPG, ADATA's gaming brand, confirmed that they planned to launch DDR5 modules with speeds of up to 12,600MT/s, which is above today's DDR5 overclocking record (source). That alone proves that faster DDR5 memory modules are coming, and that we should expect a lot from future DDR5 memory modules. XPG expects DDR5 memory modules to run faster than today's world record speeds out of the box before long.

You can join the discussion on Gigabyte setting a new DDR5 overclocking record on the OC3D Forums.