While Intel's 13th generation Raptor Lake processors and Z790 motherboards will only officially support DDR5-5600 memory modules, the company's latest Extreme Memory Profile 3.0 (XMP 3.0) memory listing have revealed that DRAM modules with speeds of up to DDR5-7600 will be made available for Intel's next-generation CPUs and motherboards.

Currently, the fastest listed XMP 3.0 memory modules comes from G.Skill. Their fastest kits include DDR5-7600 modules that ship with two 16GB modules at 1.4V with timings of CL36-48-48-121. These modules were verified using an i9-13900K processor and an ASUS ROG Maximus Z790 Apex motherboard. 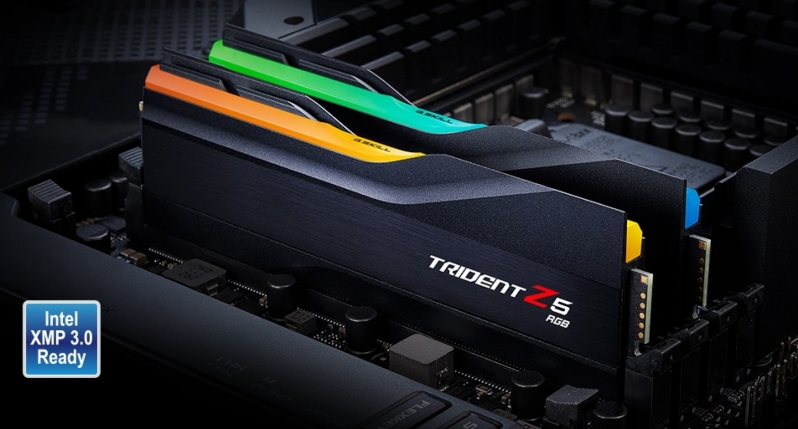 Below is a list of DDR5-7000+ memory modules from Intel's XMP 3.0 list. Intel has stated that they have already achieved DDR5 memory speeds of past DDR5-10,000 in their labs with liquid nitrogen cooling, suggesting that Intel expects its Raptor Lake processors to achieve new memory overclocking records when they launch.

You can join the discussion on Intel's Raptor Lake processors supporting DDR5-7200+ memory modules on the OC3D Forums.