Fast memory is a vital component of all modern computers, and in the mobile market, both power consumption and performance are critical factors. Lower power draw will enable increases in battery life, and higher data rates will allow many workloads to be finished faster, reducing the amount of time some components are in a high power state.

With processors like Apple's M1 MacBook silicon using LPDDR4X memory at 4266Mbps, it is easy to see how LPDDR5X can boost the performance of mobile devices. LPDDR5X can offer double the data rate of LPDDR4X, which could be great news for Apple's future M-series SoCs.

Another great example of LPDDR use is Valve's Steam Deck, which uses quad-channel LPDDR5 modules that operate at 5500Mbps. A next-generation Steam Deck with LPDDR5X memory could offer users a boost in memory performance of over 50% if 8533Mbps modules are used.

It is worth noting that LPDDR5X is a new standard, so certified LPDDR5X memory modules are not expected to become available soon. That said, the LPDDR5X standard has laid the groundwork for faster mobile devices and future PCs. 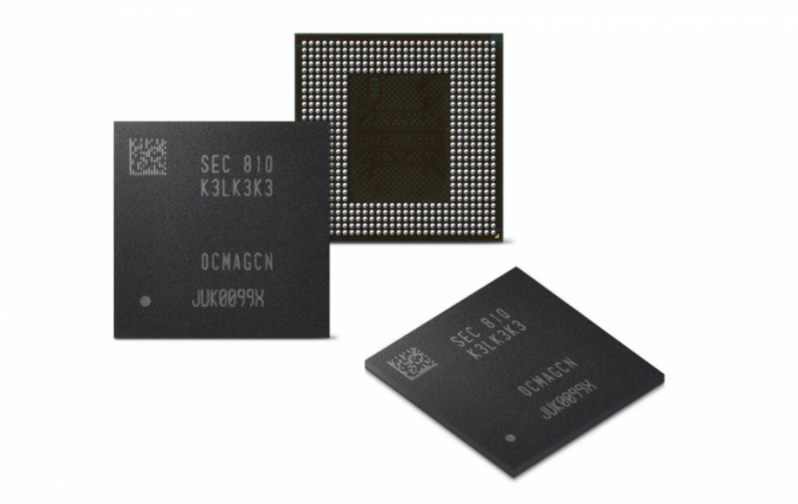 JEDEC Solid State Technology Association, the global leader in standards development for the microelectronics industry, today announced the publication of JESD209-5B, Low Power Double Data Rate 5 (LPDDR5). JESD209-5B includes both an update to the LPDDR5 standard that is focused on improving performance, power and flexibility, and a new LPDDR5X standard, which is an optional extension to LPDDR5.

Taken together, LPDDR5 and LPDDR5X are designed to significantly boost memory speed and efficiency for a variety of uses including mobile devices, such as 5G smartphones and artificial intelligence (AI) applications. Developed by JEDEC's JC-42.6 Subcommittee for Low Power Memories, JESD209-5B is available for download from the JEDEC website.

Key updates to this latest version of LPDDR5 include:

The new LPDDR5X component of JESD209-5B is an optional extension intended to offer higher bandwidth and simplified architecture in support of enhanced 5G communication performance, and is designed for applications ranging from automotive to high resolution augmented reality/virtual reality and edge computing using AI.

"As one of the fastest memories in recent memory to move from concept to industry standard, LPDDR5x is not only a turbo-charged pacesetter for the smartphone marketplace," according to Mian Quddus, JEDEC's Chairman of the Board of Directors, "but a power-conserving solution that will set the bandwidth bar considerably higher in taking 5G into a wider consumer embrace worldwide."

Samsung Electronics: "Samsung has joined with others on JEDEC's JC-42.6 subcommittee in standardizing one of the most eagerly anticipated memory advancements in quite some time—a mobile memory interface that can provide substantial bandwidth expansion with minimal IP change and without compromising power efficiency," said Doohee Hwang, principal engineer for mobile DRAM product planning, Samsung Electronics. "In lockstep with JEDEC's LPDDR5/5X standardization process, Samsung also has been working closely with leading manufacturers to pave the road for the next generation of smartphones, laptops and other mobile computing devices."

Synopsys: "Our customers are developing systems that require significantly higher performance memory interfaces at lower power to address the massive bandwidth demands of mobile, automotive and edge computing applications," said John Koeter, senior vice president of marketing and strategy for IP at Synopsys. "As an active member of JEDEC, Synopsys is developing IP with the lowest latency and area for the latest JEDEC standards, including LPDDR5X where we already have early customer adoption."

You can join the discussion on JEDEC's new LPDDR5X memory standard on the OC3D Forums.

NeverBackDown
I wish they talked more about how they get these improvements. Kind of impressive to think they just lower power consumption and then increase speeds without sacrificing signal integrity and the like(well assuming they don't)Quote
Reply