With every new CPU/motherboard generation comes incremental improvements to memory overclocking potential. This either comes from improvements to the memory controller of modern processors or through design tweaks to motherboard layouts, both of which play a key role when it comes to achieving record-breaking memory clock speeds.

G.Skill has announced that their Trident Z RGB memory has been used in conjunction with an ASUS ROG Maximux XI Gene motherboard to boost memory clock speeds to a never before seen 5566MHz, giving the Hong Kongese overclocker Hocayu the number one spot on the HWBOT leaderboard.

This overclocking feat was achieved under Liquid Nitrogen while using an Intel i7-8700K processor, which was underclocked for the duration of the test with two active cores/threads to maintain stability. Boosting the speeds of DDR4 memory to these levels requires sacrifices in other areas, but that shouldn't take away from Hocayu's achievement.

More information about Hocayu's overclocking feat is available on HWBOT. 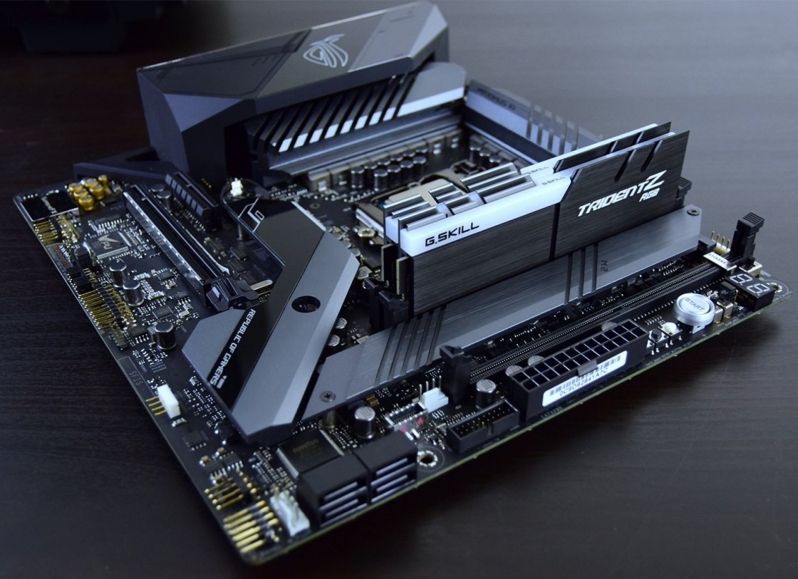 The DDR4 memory space is advancing quickly, with 3200MHz quickly becoming the new minimum standard for high-end gaming PCs, especially amongst Ryzen users. Next-generation DDR5 memory is also expected to hit the market in the coming years, something which will no doubt allow memory overclocks to be pushed to even greater heights.

G.Skill has always fought to the world's top memory producer, with this latest achievement cementing their overclocking leadership, at least for the time being.

You can join the discussion on the new ASUS/G.Skill's 5.533GHz world record memory overclock on the OC3D Forums.