Micron's planning to give GDDR6X a near 15% bandwidth boost

Micron Technology, today announced the volume production of its new 16Gb GDDR6X memory, which is now shipping in the NVIDIA® GeForce® RTX 3090 Ti graphics card. The latest GDDR6X memory, available only from Micron, features twice the capacity and up to 15% higher performance over the previous 8Gb version. These additional capabilities mean end users can experience razor-sharp visuals, higher frame rates and outstanding performance in memory-intensive applications like gaming and content creation.

Today Micron extends its performance leadership by providing a new graphics memory with 16Gb capacity and running at an industry-best 21Gb/s in the GeForce RTX 3090 Ti. With a performance roadmap up to 24Gb/s, GDDR6X is ready for data-hungry applications of the future. Additionally, Micron’s innovative use of PAM4 signal techniques in GDDR6X make it more power efficient than any of the GDDR6 products publicly available.1

“The industry-leading capabilities of Micron’s GDDR6X memory help bring new levels of realism and performance to the most demanding applications,” said Mark Montierth, vice president and general manager of High-Performance Memory and Networking at Micron. “Micron is once again at the forefront of the memory innovation powering today’s highest bandwidth solutions and built with the advanced process and interface technology to enable continued graphics performance leadership.” 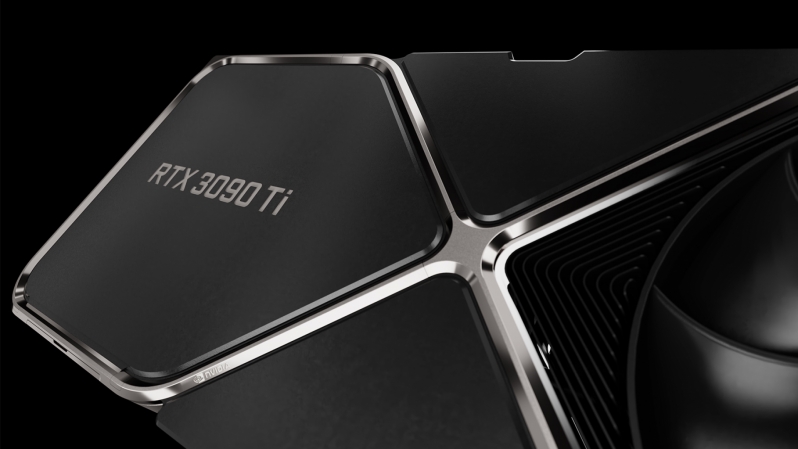 The breakthrough bandwidth of GDDR6X is possible because of Micron’s groundbreaking work with PAM4 signal transmission technology, which has revolutionized how memory moves data. Micron’s PAM4 signaling technique means GDDR6X increases memory bandwidth and powers system bandwidth up to 1TB/s, making it the optimal choice for graphics applications that require exceptionally fast, lower power memory. No other memory vendor offers this capability.

The addition of 16Gb GDDR6X memory marks an important milestone in the growth of Micron's Ultra-Bandwidth Solutions portfolio, which includes GDDR6 and HBM2E. Together, these solutions comprise the industry’s most comprehensive portfolio of high-performance, high-bandwidth products designed to feed data-intensive applications.

With 24Gbps GDDR6X memory on the horizon, Micron plans to give their memory a near 15% boost in bandwidth over today's 21Gbps modules. Today, 21Gbps GDDR6X modules are only used by Nvidia's RTX 3090 Ti, with graphics cards like the RTX 3080 being limited to 19 Gbps GDDR6 modules. When compared to the RTX 3080's GDDR6X modules, Micron's new 24Gbps modules will deliver users a 26.3% boost in per module bandwidth.

It is likely that Nvidia plans to continue using GDDR6X memory on their planned RTX 40 series graphics cards. As such, it is likely that we will see 24Gbps GDDR6X modules on Nvidia's next-generation products.

Faster GDDR6X memory will help companies like Nvidia create faster graphics cards and accelerators. That said, while a near 15% performance boost is welcome, will GDDR6X memory speeds become a limiting factor with Nvidia's next-generation graphics cards? Does the industry need to move to GDDR7?

You can join the discussion on Micron's plans to create 24 Gbps GDDR6X memory modules on the OC3D Forums.