The PC market has entered into the DDR5 era, and that has allowed hardcore overclockers to reach for higher memory speed records and increasingly crazy levels of DRAM performance.

Faster DDR5 modules are on the horizon

We are still in the early days of the DDR5 memory standard. Faster modules are on the horizon, and future processors will feature stronger memory controllers that will more readily support high memory speeds.

In 2021, XPG, ADATA's gaming brand, confirmed that they planned to launch DDR5 modules with speeds of up to 12,600MT/s, which is above today's DDR5 overclocking record (source). That alone proves that faster DDR5 memory modules are coming, and that we should expect a lot from future DDR5 memory modules. 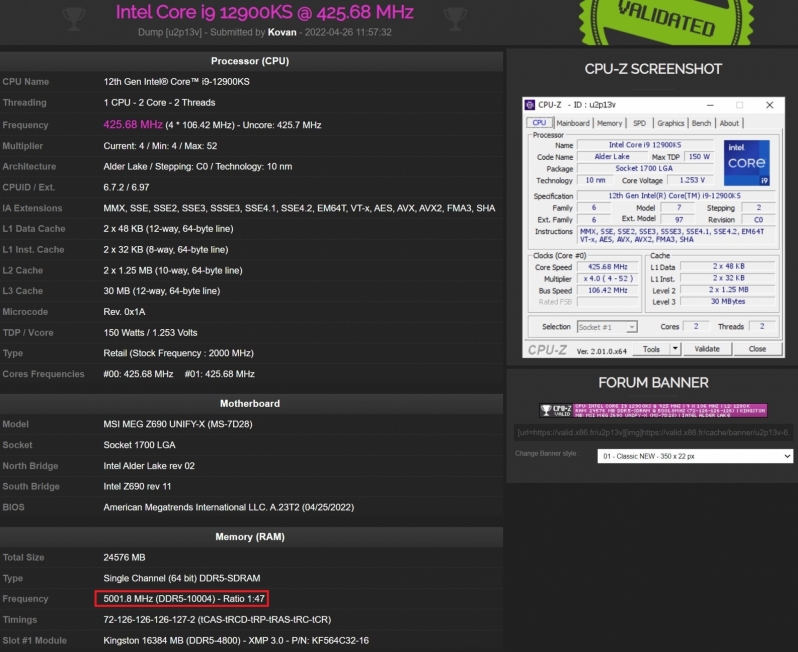 The best is yet to come

Future DDR5 memory modules will be faster, and future processors will be able to operate using higher memory speeds. We have already seen this with DDR2, DDR3, and DDR4. DRAM modules often increase significantly in speed within a few years of their introduction. Beyond that, DDR5 memory pricing is also set to lower significantly when the memory becomes more widely available.

You can join the discussion on MSI's world record DDR5 memory overclock on the OC3D Forums.