A great memory upgrade option for notebooks and desktops alike

Does your PC need more memory? Something more than those 8GB modules that most desktops and notebooks ship with? If you need a lot of memory, you may be in the market for 32GB DDR4 memory modules, offering users 64GB of memory in a dual-channel configuration and a whopping 128GB in quad-channel mode.

Viper Gaming, Patriot's gaming sub-brand, has announced that they now offer their users 32GB DRAM modules in both UDIMM and SODIMM form factors, offering speeds of up to 3,600 MHz on their UDIMMs and 3,000 MHz on their SODIMMs. Not bad considering the memory capacity that these modules offer.

Whether you are an ITX motherboard user who wants access to 64GB of DRAM, a video editor who wants to tackle complex projects on their laptop, or an ultra-hardcore user who needs over 100GB of DRAM on their desktop, 32GB DDR4 memory modules are what you are looking for. Now, Patriot is now providing its customers with this option on both desktop and mobile system. 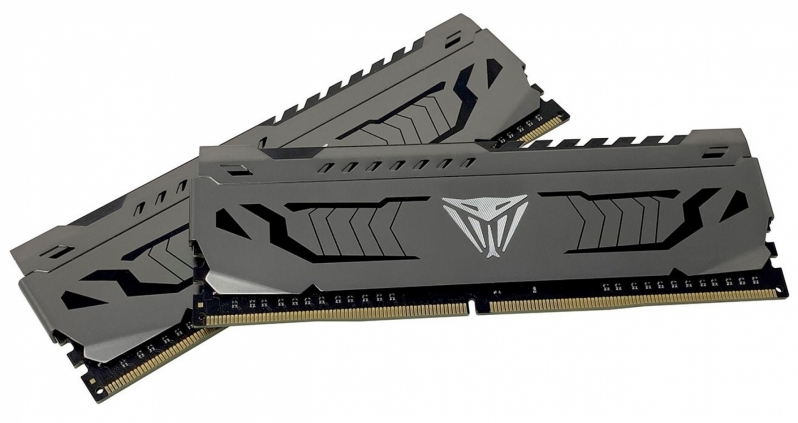 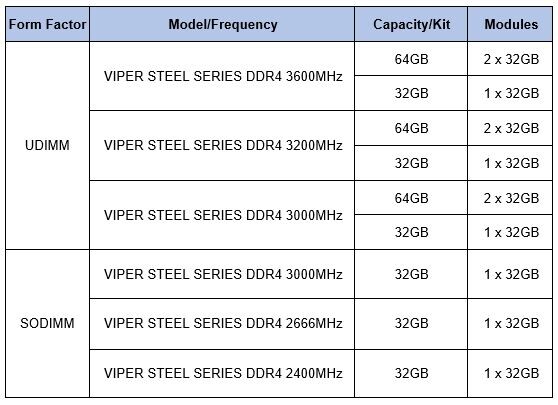 You can join the discussion on Viper Gaming adding 32GB DDR4 modules to its memory lineup on the OC3D Forums.

Dont expect much overclocking them, my motherboard has a hard enough time running them at stock XMP