A screenshot from Toppc, an overclocker from MSI, has teased what appears to be a Ryzen 7000 series AMD processor with 64GB of DDR5 memory running at 6400MT/s speeds.

On a Bilibili post, as spotted by Videocardz, Toppc has confirmed that he tested an AMD processor. This CPU is most likely a Ryzen 7000 series Zen 4 "Raphael" processor. AMD's Ryzen 7000 series processors will be launching later this year alongside new AM5-based AMD B650, X670, and X670E series motherboards, all of which will support DDR5 memory. 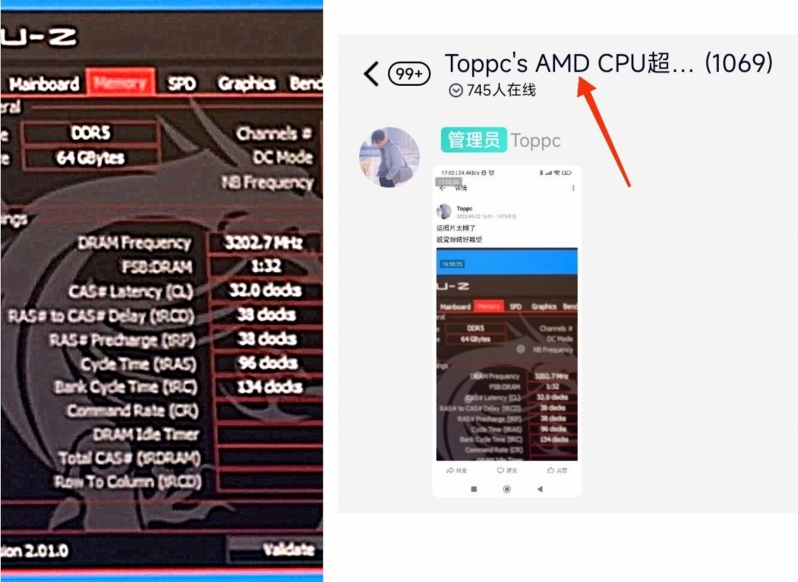 You can join the discussion on AMD's Ryzen 7000 series CPUs supporting fast 6400MT/s DDR5 memory on the OC3D Forums.