Ryzen compatible memory with speeds of up to 3400MHz

After extensive compatibility testing, Patriot has been able to announce how many of their memory kits are Ryzen compatible, testing on X370 and B350 motherboards across every major manufacturer on both Ryzen 7 and 5 series CPUs.

Through this testing, Patriot has confirmed that their Viper 4, Viper Elite and Signature line of DDR4 memory is fully compatible with Ryzen. A full compatibility list of available to view here. 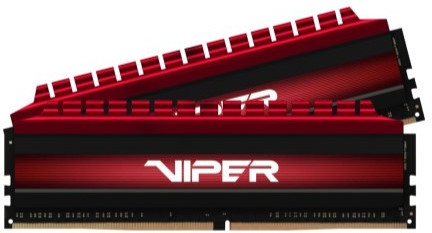 You can join the discussion on Patriot's Ryzen memory support on the OC3D Forums.

NeverBackDown
I like there designs. Looks like DDR3 with no rgb and just a solid looking heatsink design. Technically I guess that's old school now.Quote

TheF34RChannel
Quote:
Retro and refreshing to see non RGB designs! I also like how Kingston isn't doing it (yet).Quote

AlienALX
Quote:
Yeah me too man. Always loved Patriot memory, have had a few different sets. Lovely solid coolers too.

I wish Mushkin would come back