Even memory has compute now!

It is claimed that these new HBM-PIM (High BandWidth Memory-Processing In Memory) chips do "not require any hardware or software changes", allowing these new modules to be integrated into existing products to deliver "over twice the system performance while reducing energy consumption by more than 70%" when compared to their HBM2 Aquabolt modules.

Right now, Samsung has not been clear about how their HBM-PIM technology works. Right now it looks like this technology many not require specific software/hardware support to enable these increased performance and efficiency targets, though things will be clarified on February 22nd as Samsung released a detailed paper on the technology at the International Solid-State Circuits Virtual Conference (ISSCC).

Even memory has compute - HBM-PIM

HBM-PIM is designed to eliminate one of the largest bottlenecks for memory performance, integrating processing power into memory to eliminate unnecessary sequential data transfers and make the best possible use of their DRAM-to-processor interconnect.

Most of today’s computing systems are based on the von Neumann architecture, which uses separate processor and memory units to carry out millions of intricate data processing tasks. This sequential processing approach requires data to constantly move back and forth, resulting in a system-slowing bottleneck especially when handling ever-increasing volumes of data.

Right now, it remains to be seen how long it will take for HBM-PIM memory to be utilised by the industry, though you can bet that Samsung's promise if a 2x memory bandwidth increase will be of interested to a lot of potential customers. Samsung sees this new memory type as being useful for AI computing and other HPC applications, which makes sense given the high bandwidth requirements of datacenters.

We will need more information about this new HBM-PIM memory from Samsung before reaching any firm conclusions on it, but if it works as intended, Samsung will have created the fastest and most efficient HBM memory on the market. 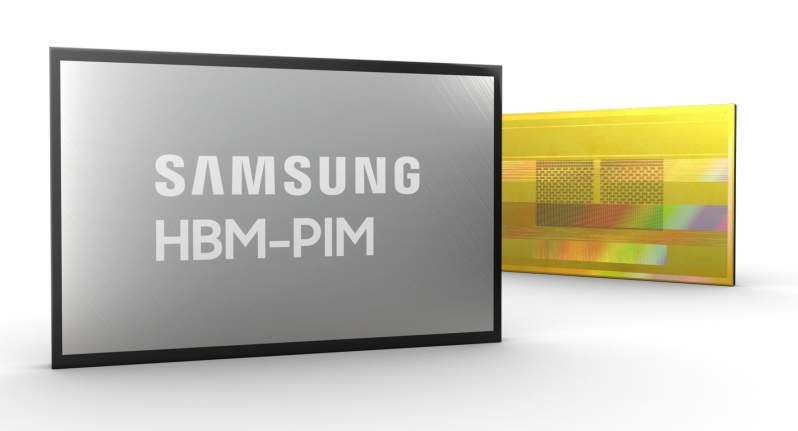 You can join the discussion on Samsung's HBM-PIM memory on the OC3D Forums.

NeverBackDown
Agreed that is an incredibly useful innovation. Question is how long for consumers and pricing.

I'd love to see how impactful it is. I can only imagine with DDR5 coming it would prove to be even more useful (since it operates at higher frequencies and ECC may aid the AI engine).Quote
Reply