Samsung has pushed its LPDDR5X memory to 8.5 Gbps speeds

LPDDR memory is an incredibly important technology, especially for the world of mobile devices, be it for smartphones, laptops, or handheld gaming platforms like Valve's Steam Deck. LPDDR memory is optimised to deliver high levels of bandwidth while consuming relatively little power, a factor that makes LPDDR memory vital for the production of high-end smartphones and other devices.

Samsung, one of the world's leading memory producers, has announced that their latest LPDDR5X memory modules now boast speeds of 8.5 Gbps, and that these new modules have already been validated for use with Qualcomm products. In March, Samsung had revealed that they had achieved 7.5 Gbps speeds, and now Samsung has surpassed these speeds by over 13%.

Samsung's new LPDDR5X memory modules will help to power high-end products that range from laptop PCs to smartphones, gaming handhelds, and AI devices. The first products to use Samsung's new LPDDR5X modules are expected to utilise Qualcomm silicon, though these memory modules will be used with a broader range of devices once further testing and platform validations can take place.

Below is what Samsung had to say about their latest LPDDR5X memory modules. 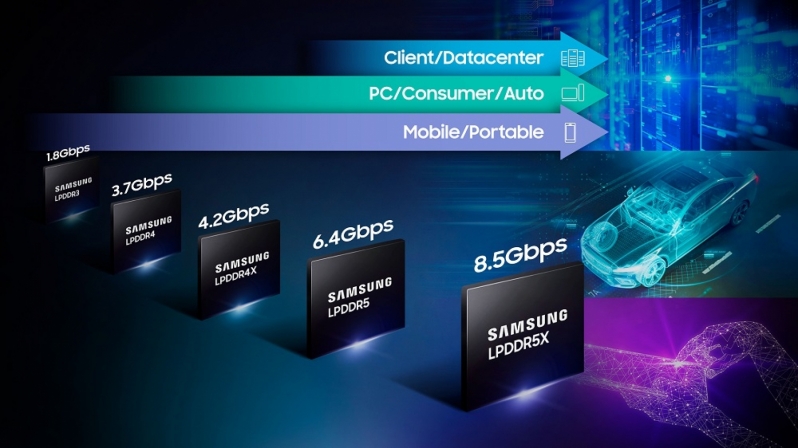 Samsung Electronics Co., Ltd., the world leader in advanced memory technology, today announced that its latest LPDDR5X DRAM with the industry's fastest speed of 8.5 gigabits per second (Gbps) was validated for use on Snapdragon mobile platforms. By optimizing a high-speed signal environment between application processor and memory, Samsung has surpassed the previous maximum speed of 7.5 Gbps achieved in March, reaffirming its leadership in the memory market.

As a global leader in the mobile DRAM market for more than a decade, Samsung has been driving mainstream adoption of high-end smartphones, enabling many more consumers to experience powerful computing performance on their mobile devices. Thanks to its low-power and high-performance characteristics, LPDDR DRAM is quickly becoming pervasive in modern computing systems, expanding beyond smartphones and into PCs, high-performance computing (HPC), servers and automobiles, where it has enjoyed robust growth in the last few years.

LPDDR memory is also an increasingly important component in modern vehicles. As more and more data is generated through autonomous driving features, high-bandwidth memory like LPDDR DRAM is needed to process massive amounts of vehicle data at much faster speeds. 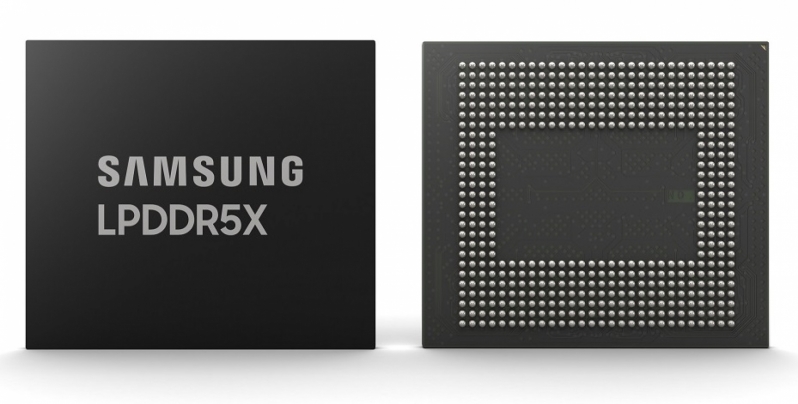 For data centers and edge servers, LPDDR DRAM's low-power characteristics can help reduce power consumption levels, resulting in an improved total cost of ownership (TCO) for data center managers, while cutting down on heat and carbon emissions to ultimately lower their impact on climate change.

As the need for faster, smaller and more power-efficient memory increases across various fields, LPDDR DRAM is expected to also extend its presence in emerging markets driven by artificial intelligence (AI) and the metaverse.

"The joint validation of 8.5 Gbps LPDDR5X DRAM has enabled us to accelerate market-wide availability of this high-speed memory interface by more than a year, which is a tremendous accomplishment made possible through our long-standing collaboration with Qualcomm Technologies," said Daniel Lee, Executive Vice President of the Memory Product Planning Team at Samsung Electronics. "As LPDDR memory continues to broaden its usage beyond smartphones into AI and data center applications, strong collaboration between memory and SoC vendors is becoming all the more important. Samsung will continue to actively engage with innovators like Qualcomm Technologies to enhance ecosystem readiness for future LPDDR standards."

"At Qualcomm Technologies, we strive to be at the forefront of enabling and adopting the latest memory specifications on our Snapdragon mobile platforms. We're the first in the mobile industry to enable the latest LPDDR5X at 8.5 Gbps on Snapdragon mobile platforms, which will enhance user experiences with new features and improved performance for mobile, gaming, camera and AI applications," said Ziad Asghar, Vice President of Product Management, Qualcomm Technologies, Inc.

You can join the discussion on Samsung's new 8.5 Gbps LPDDR5X memory modules on the OC3D Forums.