Samsung's GDDR7 memory will be transformative for GPUs

Samsung has confirmed that they are working on GDDR7 memory, revealing that they have "upcoming DRAM solutions" that included 36Gbps GDDR7 memory modules. Why does this matter, because it is more than 2x faster than the GDDR6 memory modules that are most commonly used in today's graphics cards.

In addition to their GDDR7 DRAM, Samsung are also working on higher capacity DDR5 memory modules, faster LPDDR5X memory modules, and specialised DRAM solutions that are tailored for specific markets. These specialised modules include HBM-PIM memory.

Samsung’s 1b DRAM is currently under development with plans for mass production in 2023. To overcome challenges in DRAM scaling beyond the 10nm range, the company has been developing disruptive solutions in patterning, materials and architecture, with technology like High-K material well underway.

Expanding beyond conventional DRAM, Samsung also underscored the importance of tailored DRAM solutions such as HBM-PIM, AXDIMM and CXL that can fuel system-level innovation in better handling the explosive growth of data worldwide. 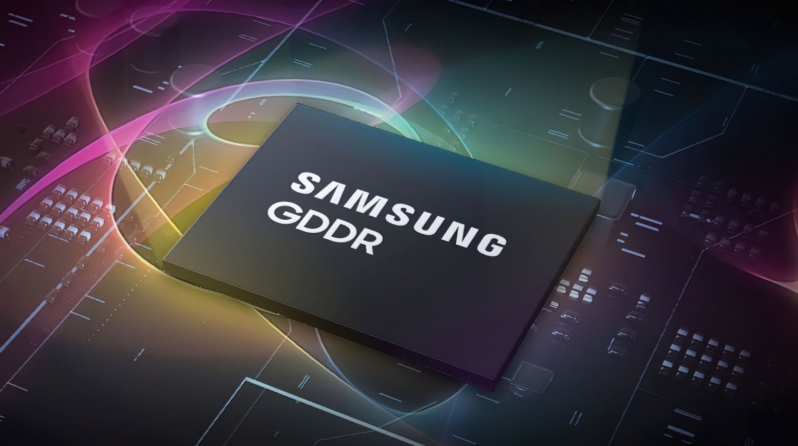 DRAM is a vital component of every modern PC. Today's processors, graphics cards, and accelerators require fast memory to feed them data. Regardless of how fast your processor is, your system can easily become bottlenecked by the speed of your system's memory. This is why the PC industry is moving from DDR4 memory to DDR5, and why Samsung is creating GDDR7 DRAM.

Faster DRAM allows data to move between processors and memory at a faster rate. This can allow work to be completed faster, especially when a lot of data needs to be accessed quickly. Within the GPU market, processing power has increased at a faster rate than DRAM performance, forcing manufacturers to rely on larger internal caches and other clever techniques to lower memory bandwidth requirements. With the introduction of GDDR7 memory, GPU manufacturers will be able to focus less on the memory bottlenecks and more on raw GPU throughput.

With GDDR7, a 2x speed boost over GDDR6 should be possible, allowing graphics cards to offer much more bandwidth, or deliver ample bandwidth using fewer memory modules. Either way, GDDR7 memory will be great for the PC market.

You can join the discussion on Samsung's GDDR7 memory plans on the OC3D Forums.

NeverBackDown
Going to the source just for more reading I think this was insane to think about:

“One trillion gigabytes is the total amount of memory Samsung has made since its beginning over 40 years ago. About half of that trillion was produced in the last three years alone"

Explains the mass upkick in their upcom product portfolio for memory solutions. I'm all for it. Hopefully makes memory cheaperQuote
Reply