Need more memory? Samsung may soon have a solution for you

At AMD's latest Meet the Experts event, the company discussed the latest memory technologies with Samsung, who confirmed that the company plans to create next-generation DDR5 memory solutions that can offer memory capacities of up to 1TB per module.

When compared to today's densest DDR4 memory modules, which weigh in at 256GB, Samsung's planned 1TB modules have the potential to transform the server market, enabling the creation of systems that have up to 32TB of total system memory. Rest assured, the DRAM used in these systems will be incredibly expensive.

Alongside higher module capacities, DDR5 memory also operates at much higher frequencies than DDR4 memory modules, which combined with architectural changes allows DDR5 to deliver a lot more memory throughput per module. This speed boost and capacity boost are incredibly useful for high-end servers, many of which can make great use of this additional memory and bandwidth. 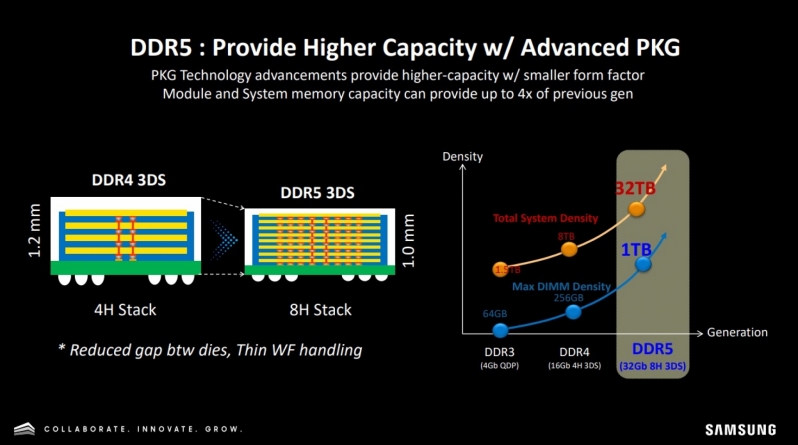 Rumour has it that Samsung is already working on next-generation DDR6 memory technology, which should deliver further frequency and efficiency enhancements over DDR5. That said, DDR6 memory is a long way away, and the PC industry is only now truly entering the DDR5 era. We don't expect DDR6 memory to be supported on mainstream server or desktop processors for many years to come.

You can join the discussion on Samsung's planned 1TB DDR5 memory modules on the OC3D Forums. 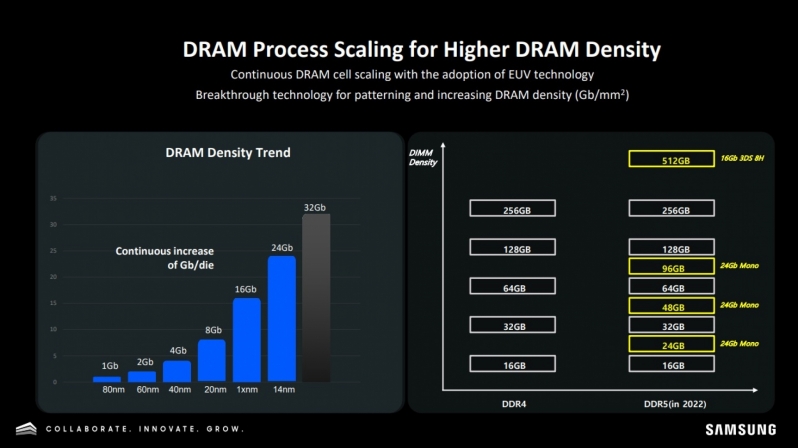