Samsung can deliver 1TB of DRAM in a dual-channel DDR5 configuration!

As the world becomes increasingly compute-dense, Samsung's preparing to deliver their customers higher capacity DRAM modules at higher speeds than ever before, revealing new DDR5 DRAM modules that deliver 7,200 Mbps speeds and up to 512GB capacities thanks to their High-K Metal Gate (HKMG) process technology.

Samsung's working with Intel with its transition to DDR5 memory, with Intel claiming that Samsung's modules will be compatible with Intel's upcoming Sapphire Rapids Xeon Scalable processors. AMD was not mentioned in Samsung's press release.

With their new 512GB memory modules, Samsung can deliver over 1TB of DRAM to systems with as little as two memory channels. This feat comes thanks to Samsung's Through-Silicon Via (TSV) technology, which allows the company to stack eight layers of 16Gb DRAM chips to create larger capacity memory chips. 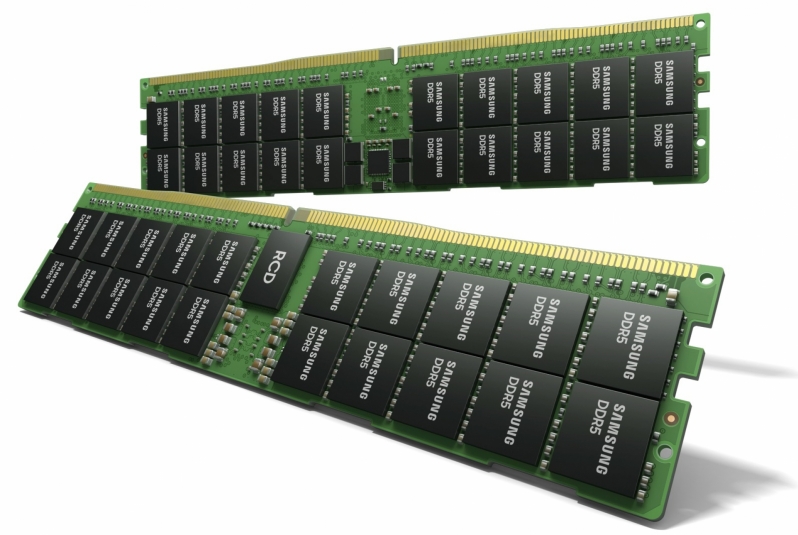 You can join the discussion on Samsung's half-Terabyte DDR5 memory chips on the OC3D Forums. 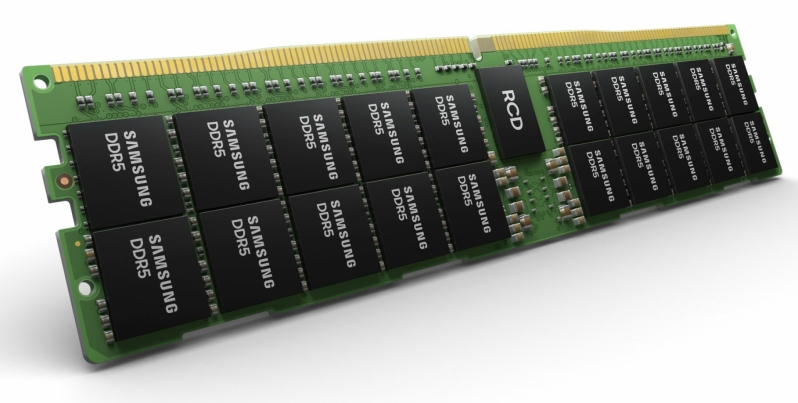 KingNosser
This is good and very likely extremely expensive

But 20 years down the road this might well be needed for gaming at home, you only need to look back over the years to see where it started to where we are now

Dicehunter
Quote:
It won't get that extreme unless programmers get very sloppy, Even todays games don't really use that much, Cyberpunk even with 32GB of memory available uses only around 7GB and that was at 4K max settings DLSS at performance, Even with DLSS off I didn't see any higher than 7GB, I can't imagine games will get that immense that we'll need hundreds of GB's of memory for them.Quote

NeverBackDown
Sloppy programming isn't really the issue. As resolution increases all the associated assets increase like textures, geometry, shaders, video assets, audio assets, images, and how big games are getting as in world size and complexity are the biggest contribution to increase memory usage and data capacity.

Programmer's constantly hammer home memory usage, however pretty much the most ideal solutions are much easier to maintain rather than memory/logic efficient. Which means less bugs but more memory needed which is obviously more ideal. I wouldn't consider that sloppy. Less bugs or easier to fix bugs is way more preferable

Memory leaks are a problem though but thankfully not super common.Quote

Dicehunter
Quote:
There is a big difference in well done code and code done in a sloppy manner, The sloppy code can and will take up a lot more memory, That's what I'm referring to, Not the developers who actually do a good job, Yes memory usage will go up as time moves on but I highly doubt we'll all be using 1TB+ in our systems in 1-2 decades, 128GB for an "average" system ? Possibly, But I cannot see everyone on average rocking 1TB.Quote
Reply