Last year, SK Hynix revealed high-speed HBM2, what SK Hynix calls HBM2E, memory modules, offering customers up to 16GB of memory with speeds of up to 460GB/s per memory stack.

SK Hynix's HBM2E memory if incredibly fast, and its density will allow manufacturers to develop some incredibly fast hardware, and while HBM2 has fallen out of favour in the mainstream consumer market, it remains highly popular within the data center market, where the latency, bandwidth and space-saving characteristics of HBM2 memory make it ideal for high-end accelerators, AI compute modules and FPGAs.

These memory stacks are created using up to eight stacked 16Gb chips using Through Silicon Via (TSV) technology, more than doubling the capacity of SK Hynix's older HBM2 memory modules. 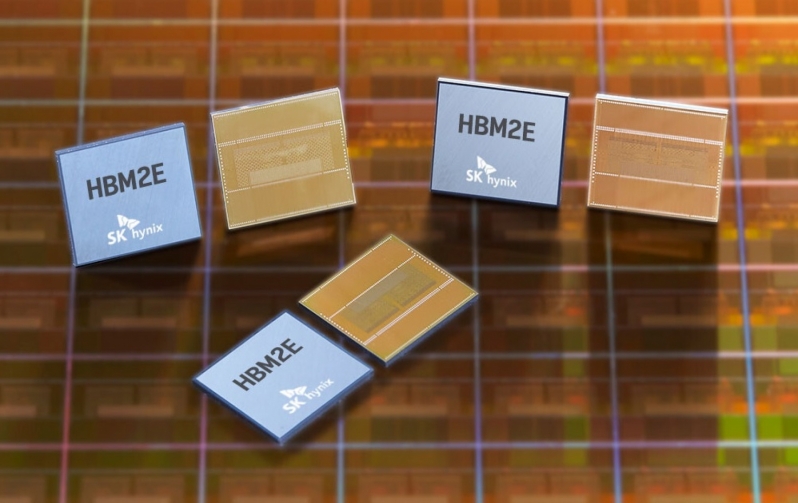 You can join the discussion on SK Hynix's HBM2E memory modules on the OC3D Forums.

NeverBackDown
Not to mention it probably also draws less power than gddr6.

I could see this coming to consumers on only the highest end cards. Though I still doubt they would do this.Quote
Reply