The DDR5 era will soon be upon us, and Team Group is ready for the transition, having successfully created DDR5 DIMMs and SO-DIMMs for desktop and mobile systems.

Team Group has confirmed that they plan to work with CPU and motherboard manufacturers to achieve higher DRAM speeds in the future.

Leading global memory brand TEAMGROUP continues to make its mark on the next generation of DDR5 memory. At the end of last year, the company announced that it had entered the validation phase with the collaboration of major motherboard manufacturers. In early 2021, it has made another breakthrough. Paying attention to the needs of not only desktop but also notebook and mini PC users, TEAMGROUP has successfully created DDR5 SO-DIMM and is expected to be the first to take Intel and AMD's new platform validation tests.

Specifications of the DDR5 SO-DIMM at the early stage of development resemble those of the U-DIMM version. A single module has a capacity of 16 GB and a frequency of 4800 MHz, and both versions run at the lowered voltage of 1.1 V. For notebooks that need to stay mobile for a long period of time, this can noticeably reduce power consumption and extend standby time. DDR5 SO-DIMM also supports on-die ECC, a feature that self-corrects single-bit errors, greatly improving system stability. Users can look forward to the convenience and peace of mind that DDR5 will bring to notebooks, mini PCs, NAS, and more.TEAMGROUP emphasizes that the product specifications it has published are from successfully developed products, and it will continue to work closely with motherboard manufacturers to achieve higher specifications. The company hopes to provide consumers with a wide range of specifications and stable compatibility from the very beginning of its product launches. With its strategy of steady technology advancement, TEAMGROUP is ready to take the lead in the next generation of memory modules. 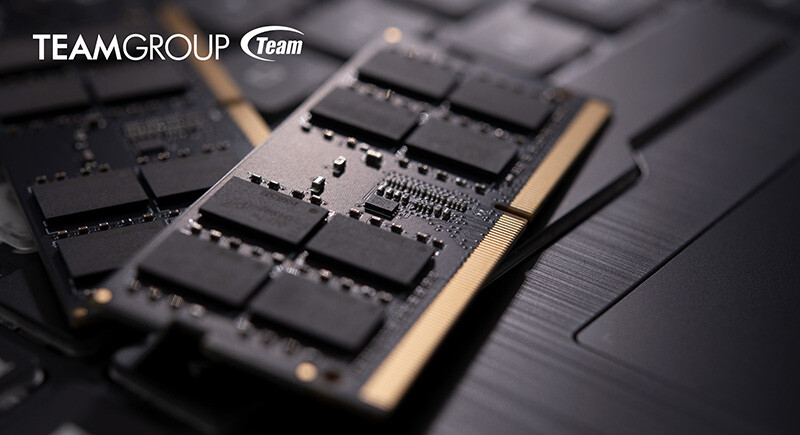 You can join the discussion on Team Group's DDR5 SODIMMs on the OC3D Forums.