The highest frequency kits within the new Team Group Vulcan Alpha range operates at DDR5-6000 speeds, a performance level that is rumoured to be the "sweet spot" of AMD's Ryzen 7000 series memory controller. Other manufacturers like Corsair and G.Skill have created high-end AMD EXPO compatible DDR5 memory kits that offer the same frequencies, suggesting that DDR5-6000 DRAM modules are ideal for AMD's Ryzen 7000 series processors. 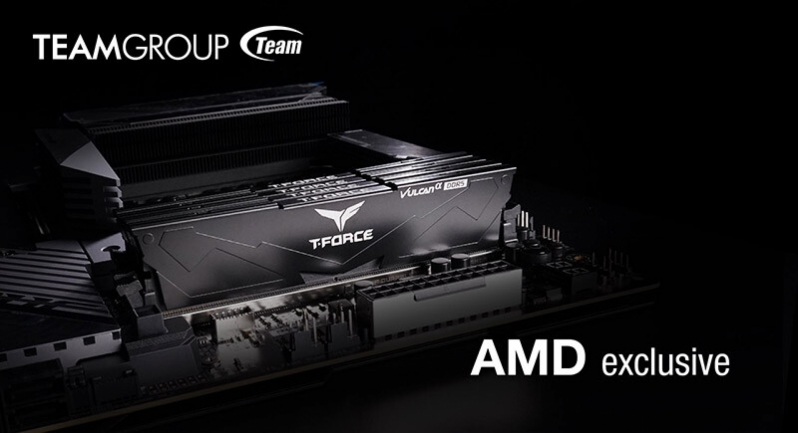 The heatsink of T-FORCE VULCANα DDR5 gaming memory is made of aluminium alloy through one-piece stamping process, with a durable snap structure designed at the top. The most important feature is that the memory is dedicated to AMD platform with carefully selected high-quality ICs, which have been tested for compatibility and stability, as well as possessing excellent overclocking and perfect compatibility. T-FORCE VULCANα DDR5 gaming memory is also equipped with a power management IC (PMIC) for more efficient energy allocation, stable power supply to the memory, reduced noise interference, in addition to improved signal transmission quality and stability. Available in 5200 MHz, 5600 MHz and 6000 MHz frequencies, VULCANα DDR5 is the ultimate gaming memory for AMD's next generation platforms.

T-FORCE VULCANα DDR5 gaming memory supports on-die ECC with IC error detecting and correcting features to enhance the correctness of data transmission while providing stable and reliable overclocking performance. The product also comes with a lifetime warranty and free replacement service for damage not caused by human factors. By going through a simple process, customers can enjoy considerate services.

You can join the discussion on Team Group's T-Force Vulcanα series DDR5 memory modules on the OC3D Forums. 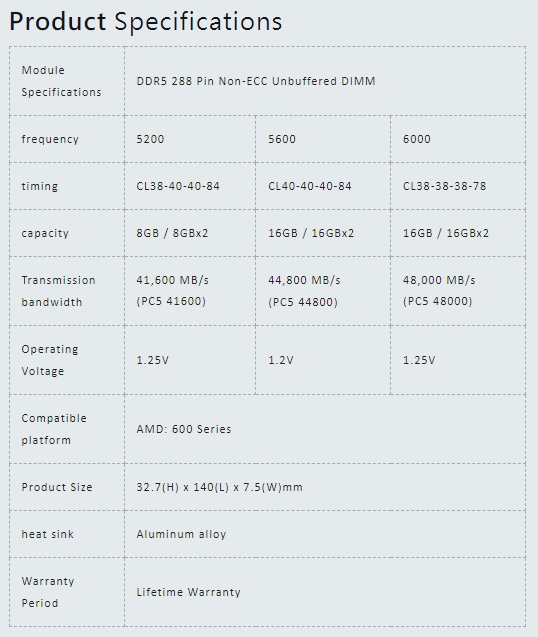 AngryGoldfish
The Good Old Gamer made an interesting video on DDR5 in response to Hardware Unboxed' video suggesting people invest in DDR5 for any Alder Lake purchases—and I guess Raptor Lake and even Zen 4. The GOG showed his benchmark numbers of DDR4 4000 CL19 outperforming everything but DDR5 7000, which is about as rare and expensive as a graphics card was six months ago.

Steve's video didn't make sense to me. The numbers he was showing didn't convince me at all. But The GOG is reliably unreliable. He has said a lot of stupid things. I didn't buy into his numbers as well.Quote
Reply