In July, TEAMGROUP will be launching new DRAM kits within their T-FORCE DELTA RGB series of DDR5 memory modules, high speed and low latency models that are designed to deliver "the ultimate high-performance experience to gamers and overclocking enthusiasts".

TEAMGROUP's new "high-speed" memory models is their new DDR5-6600 CL34 memory kit, which is available in the form of two 16GB modules. This gives users of these memory kits a total of 32GB of DDR5 memory, which is enough for most mainstream use cases.

In addition to their 6600 MT/s kits, TEAMGROUP has also created a DDR5-6000 memory kit that is available as a 2x16GB kit that offers users CL30 CAS latencies. These modules are designed to offer users a balance between memory response times and module frequencies, creating a responsive system that has access to a lot of memory bandwidth.

Below is what TEAMGROUP had to say about both memory kits within their latest Press Release.

Thanks to the excellent R&D capabilities of T-FORCE LAB, global memory leader TEAMGROUP is proud to announce the release of two new specification upgrades of T-FORCE DELTA RGB DDR5 Gaming Memory. The overclocking RAM comes in a high-speed variant clocking in at 6,600MHz and a low-latency variant rated at 6,000MHz CL30. Samples have been sent to major motherboard manufacturers for verification testing. Through continuous improvements in product design and R&D capabilities, TEAMGROUP is able to deliver the ultimate high-performance experience to gamers and overclocking enthusiasts around the world pursuing the best of the best.

The T-FORCE DELTA RGB DDR5 Gaming Memory DDR5-6600 CL34 and DDR5-6000 CL30 variants are scheduled to be released globally in July, 2022. TEAMGROUP's T-FORCE LAB will continue to strive for excellence, innovating and creating a variety of storage solutions and possibilities to create the highest quality performance memory products. As pioneers in DDR5 development, T-FORCE will also continue providing the world with the most cutting-edge overclocking DDR5 memory. 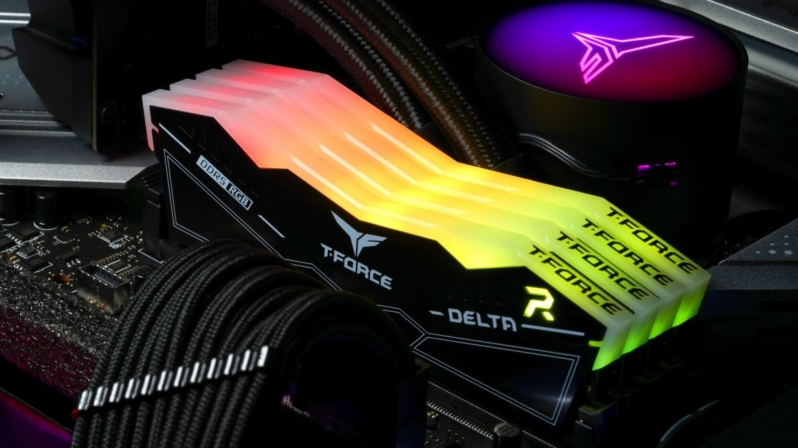 These new DDR5 memory modules are compatible with DDR5-based Intel Alder Lake systems and will be compatible with AMD's upcoming AM5 series motherboards. TEAMGROUP has already confirmed that samples of these modules have been sent to motherboard vendors and other manufacturers for verification testing.

Sadly, TEAMGROUP has not revealed their planned pricing for these new DDR5 memory kits, though they are expected to become available in July.

You can join the discussion on TEAMGROUP's new high speed and low latency T-FORCE DELTA RGB DDR5 memory modules on the OC3D Forums.