On top of these improvements, DDR5 memory also features support for "Same bank Refresh", which allows memory banks to be refreshed independently. With DDR4, all 16 banks need to be refreshed at once, leaving CPUs to wait for refresh to complete before accessing the memory. With DDR5, CPUs will not need to wait for refresh cycles to complete before accessing DRAM, as only the refreshing bank will be inaccessible during refresh actions. This change enables increased performance per clock cycle and reduced the effective latency of DDR5 DRAM.

According to Micron, DDR5 memory can offer users a 1.36x performance while using the same 3200MHz clock speeds as DDR4. This highlights how the upgrade to DDR5 is more significant than many expect. DDR5 offers more than a mere clock speed increase and efficiency bump.

In 2021, TEAMGROUP will be ready with DDR5 memory offerings, with plans to launch modules as early as Q3 2021. TEAMGROUP will co-ordinate their DDR5 launch with Intel and AMD to ensure that DDR5 memory is available to consumers at the correct time.

TEAMGROUP is leading the way with its first DDR5 memory under its global top-selling ELITE memory product line. It plans to release a 16 GB 4800 MHz module operating at 1.1 V, down from the 1.2 V of the previous generation. The data transfer rate is increased to 4,800-5,200 Mbps, an increase of up to 1.6 times while reducing power consumption by 10%. Today's DDR4 memory with error correction code (ECC) requires an additional chip installed on the PCB, whereas DDR5 supports on-die ECC, a feature that self-corrects single-bit errors, greatly improving system stability. Anticipation is high for the efficiency improvements brought by the new generation, which can be utilized for big data and AI computing and other related applications. 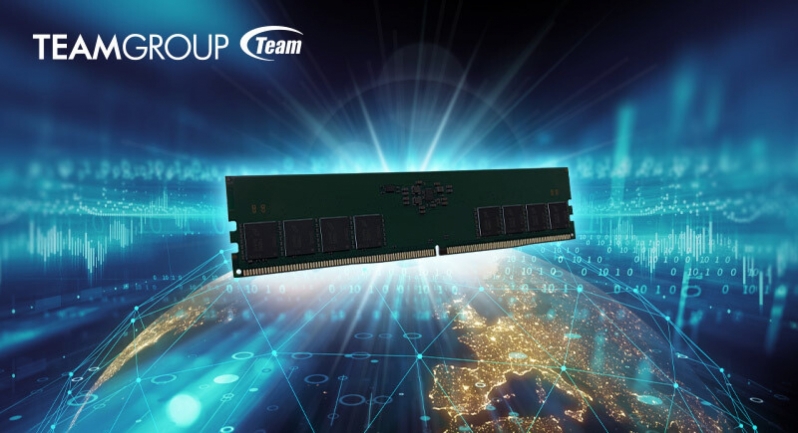 You can join the discussion on TEAMGROUP's DDR5 memory plans on the OC3D Forums.