Like everywhere else, 3D design and packaging technologies are critical

At the start of Hot Chips 33, Samsung has showcased their plans for the DDR5 era, showcasing that 512GB modules should not only be possible with the latest technological innovations but relatively affordable (at least by server standards).

With DDR5, Samsung is targeting speeds of 7.2 Gb/s and 512GB capacities at 1.1V, leveraging the company's latest packaging technologies and the improved voltage regulation of DDR5 memory modules to deliver dramatic increases in efficiency and memory density.

Like most areas of the semiconductor industry, packaging technologies will play a vital role within the DRAM market. Samsung's new 8-stack TSV DDR5 modules are what will enable higher capacity DRAM modules, improved DRAM cooling and multi-TB servers. In 2022, Samsung will allow server manufacturers to create systems with more than a TB of DRAM. 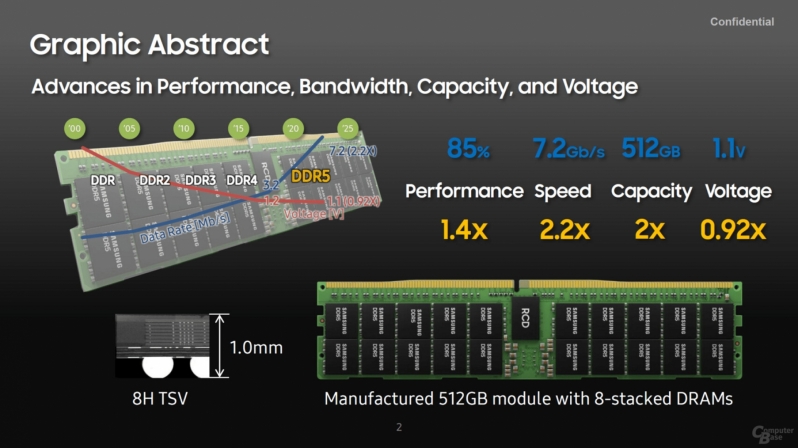 Samsung's DDR5 TSV technology builds upon what Samsung has already created with their DDR4 TSV DRAM modules. With DDR4, Samsung created memory packages that were 1.2mm high with four DDR4 memory dies stacked on top of each other. With DDR5, Samsung has created thinner packages with eight-high DRAM stacks.

Samsung has created an 8-high DDR5 TSV DRAM stack that is 1mm high. To do this, Samsung has reduced the gap between dies by 40%, used thinner silicon wafers and increased the accuracy of their TSV technologies. These thinner packages enable higher DRAM densities and improve the cooling of Samsung's stacked TSV memory. 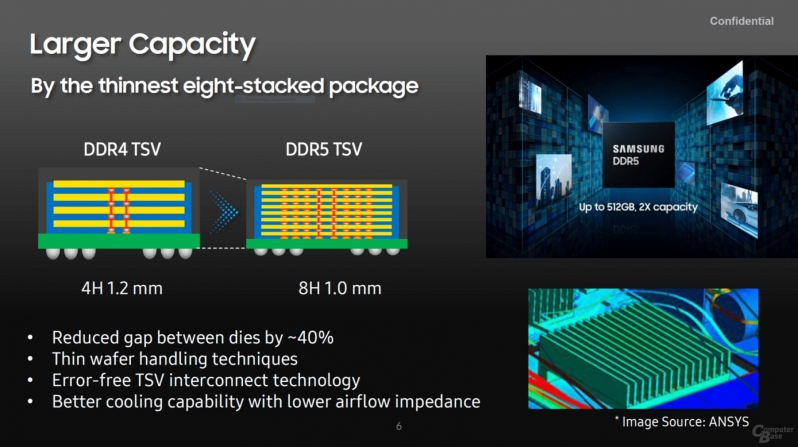 Thanks to DDR5's lower operating voltages and on-module voltage regulation, Samsung's DDR5 memory offers a 30% boost in power efficiency. These gains are a major benefit of DDR5, adding to the standard's already attractive boosts in per module bandwidth.

Samsung doesn't expect the DRAM industry to crossover from DDR4 to DDR5 until 2023/2024, which makes sense because the first DDR5 compatible processors will be released in late 2021/2022. 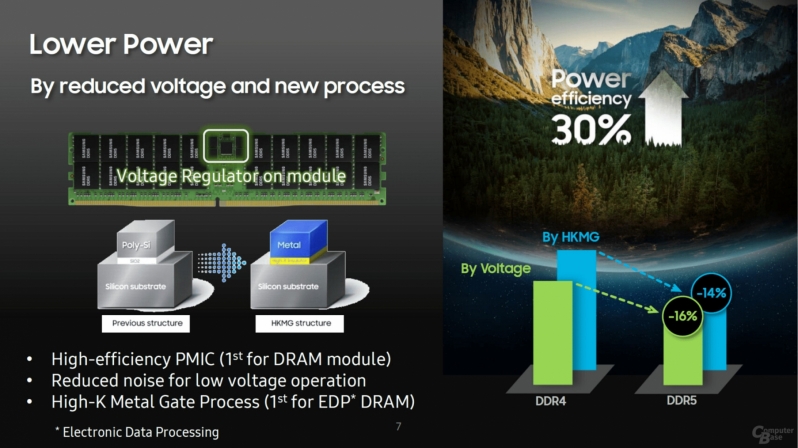 With DDR5, Samsung plans to continue to lead the DRAM market, offering high-speed and high-capacity modules to the server market thanks to their newest packaging technologies.

You can join the discussion on Samsung's 512GB DDR5 DRAM modules on the OC3D Forums. 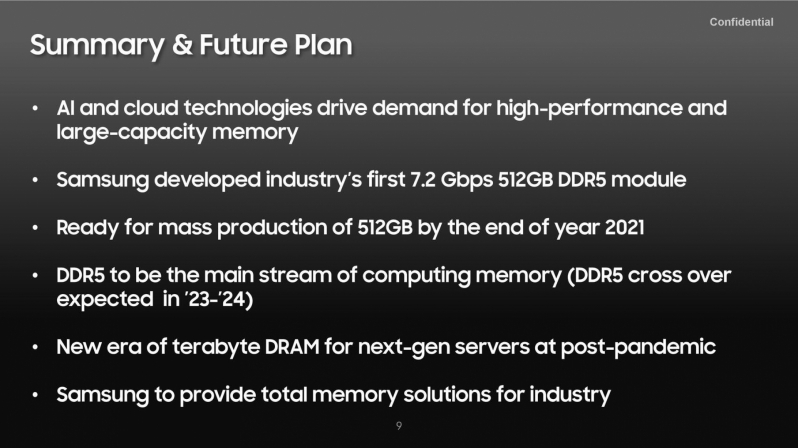 NeverBackDown
Now if we can get some of that in consumer markets I think the return of a ramdisk will become a popular idea for the heck of it.Quote

KingNosser
I somehow doubt very much i'll be rocking 2tb ram anytime soon i simply do not have that size wallet :PQuote
Reply