ADATA and their XPG gaming division are ready for the transition to DDR5, promising bandwidth levels that are significantly higher than today's DDR4 modules and per DIMM capacities up to 64GB at launch.

With their standard DDR5 modules, ADATA pledges to deliver speeds of up to 8400 MT/s at 1.1V with 64GB modules. Not bad for a module that lacks a dedicated heatsink.

With that clarification out of the way, it is clear that ADATA promises a lot of performance with their DDR5 memory modules. 8400 MT/s is nothing to scoff at, especially for what appears to be entry-level module designs. It says a lot of DDR5 when these speeds will be available on a module that has a green PCB. Hardware enthusiasts are going to get even faster DDR5 kits!

ADATA also unveiled its next-generation DDR5 memory module, which sports frequencies of 8400 MT/s, up to 163% faster than DDR4. This performance boost will allow files and tools to load faster for seamless multitasking and enhanced creative productivity. What's more, the module will operate at 1.1 V for improved power efficiency and comes with capacities of up to 64 GB. 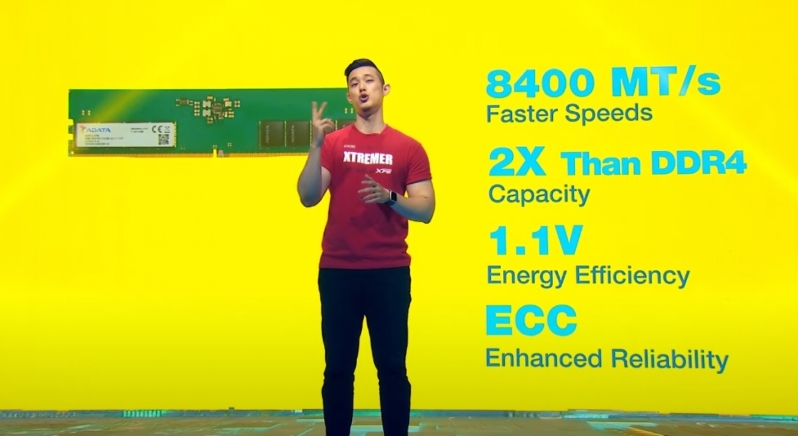 Even faster kits from XPG

XPG, ADATA's gaming brand, will be launching its own DDR5 memory modules, promising users voltage ranges of 1.1V to 1.6V and maximum speeds of up to 12600 MT/s.

At this time, it is unclear when ADATA plans to release their 12600MT/s modules, as releasing such high-speed modules at DDR5's launch seems like an overly ambitious target. That said, it looks like ADATA's willing to push voltages to 1.6V, which is significantly higher than DDR5's standard 1.1V.

As with ADATA, XPG will launch new DDR5 memory modules later this year. This next-generation DRAM module will deliver speeds of up to 12600 MT/s for smoother gameplay and enhanced productivity. 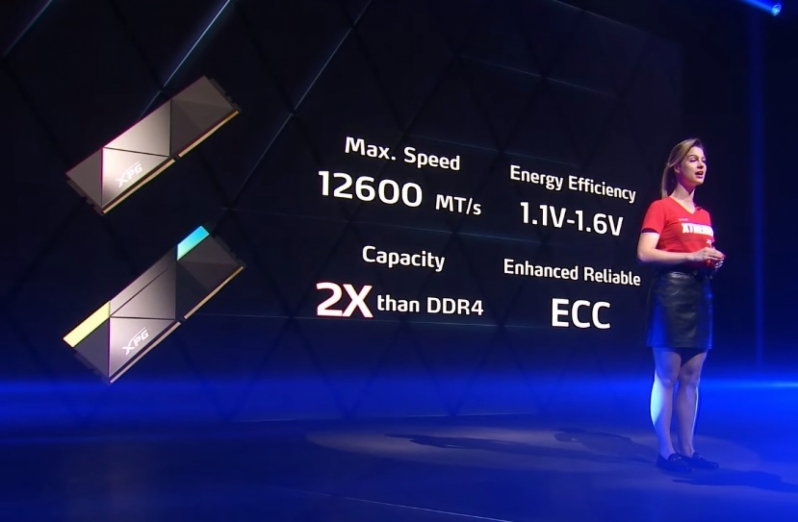 You can join the discussion on ADATA/XPG's DDR5 memory plans on the OC3D Forums.