Amazon's Lord of the Rings series will premiere next year

Here's what we know

Amazon's Lord of the Rings series will premiere next year

Amazon has announced that filming has ended for their Lord of the Rings series, confirming that the series will premiere on Friday, September 2nd 2022. This gives Amazon one year to work with the show's footage and create the first season of their Amazon Prime series.

On Amazon Prime, new episodes of the show are due to be released on a weekly basis, though at this time it is unknown how many episodes the series will have.

Amazon has released a single image to promote the show. The series will take place thousands of years before the events of The Hobbit and Lord of the Rings, exploring the "Second Age" of Middle Earth's history. Outside of these details, little is known about the show's story.

Filming ended for the show in New Zealand on August 2nd, and now Amazon has to use their footage to bring the series to life. Amazon has confirmed that they plan to release multiple seasons of their Lord of the Rings show.

The highly anticipated, yet-to-be titled Amazon Original The Lord of the Rings television series will premiere Friday, September 2, 2022 on Prime Video in more than 240 countries and territories worldwide, with new episodes available weekly. Filming of Season One completed today in New Zealand.

The new epic drama brings to screens for the very first time J.R.R. Tolkien’s fabled Second Age of Middle-earth's history. Beginning in a time of relative peace, thousands of years before the events of J.R.R. Tolkien’s The Hobbit and The Lord of the Rings books, the series follows an ensemble cast of characters, both familiar and new, as they confront the long-feared re-emergence of evil to Middle-earth.

“The journey begins September 2, 2022 with the premiere of our original The Lord of the Rings series on Prime Video,” said Jennifer Salke, Head of Amazon Studios. “I can’t express enough just how excited we all are to take our global audience on a new and epic journey through Middle-earth! Our talented producers, cast, creative, and production teams have worked tirelessly in New Zealand to bring this untold and awe-inspiring vision to life.”

“As Bilbo says, ‘Now I think I am quite ready to go on another journey.’ Living and breathing Middle-earth these many months has been the adventure of a lifetime. We cannot wait for fans to have the chance to do so as well,” said Payne and McKay. 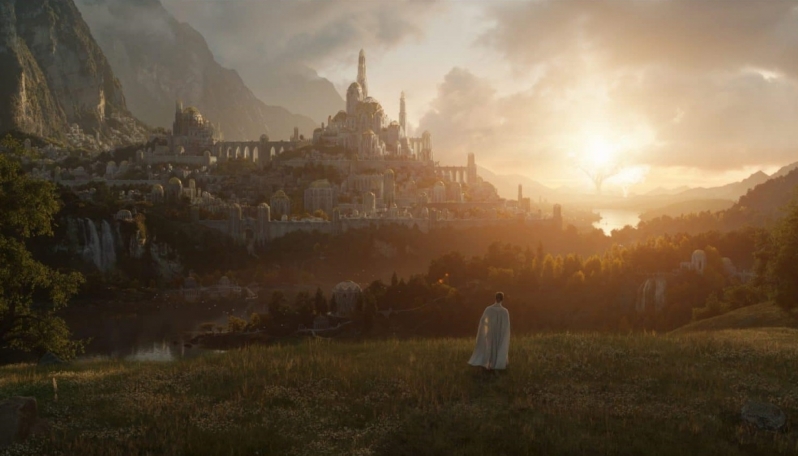 You can join the discussion on Amazon's Lord of the Rings TV series on the OC3D Forums.

AngryGoldfish
The budget on this show is astronomical. Amazon obviously have the clout to bear the load if it fails, but it's still a large investment. I hope they don't make the show gratuitous and try to copy Game of Thrones or Rome.Quote

Warchild
Quote:
The cast is almost unrecognisable to me though. So perhaps we can see some future stars break out.Quote
Reply