Amazon wants to give Fallout fans a look inside Vault 33

As part of the Fallout franchise's 25th anniversary celebrations, Amazon has given fans of the franchise a first look at their upcoming Fallout series. The image showcases a figure at the entry of Vault 33, a vault that has not previously been seen within the Fallout franchise. With this teaser, Amazon simply said the following "Congratulations and Happy 25th Birthday! We made something special for the occasion."

At this time, it is unknown when Fallout's TV series will be ready to stream through Amazon Prime, or what parts of the franchise the TV series will explore. The Fallout games have been located in California, Nevada, Washington DC, Boston, and Virginia, so it will be interesting to see if the series will visit any of these locations. However, it is equally possible that the series will be set in an entirely new section of the US.

Below is what Amazon had to say about their planned Fallout series earlier this year.

The world of Fallout is one where the future envisioned by Americans in the late 1940s explodes upon itself through a nuclear war in 2077. The magic of the Fallout world is the harshness of the wasteland set against the previous generation’s utopian idea of a better world through nuclear energy. It is serious and harsh in tone, yet sprinkled with moments of ironic humor and B-movie-nuclear-fantasies.
Fallout games have achieved record-setting sales and received hundreds of awards, including dozens of Game of the Year awards, while its mobile game, Fallout Shelter, has been downloaded more than 170 million times.
Fallout is from Amazon Studios and Kilter Films in association with Bethesda Game Studios and Bethesda Softworks, with executive producers Jonathan Nolan and Lisa Joy, and Athena Wickham for Kilter Films, Todd Howard for Bethesda Game Studios, and James Altman for Bethesda Softworks. 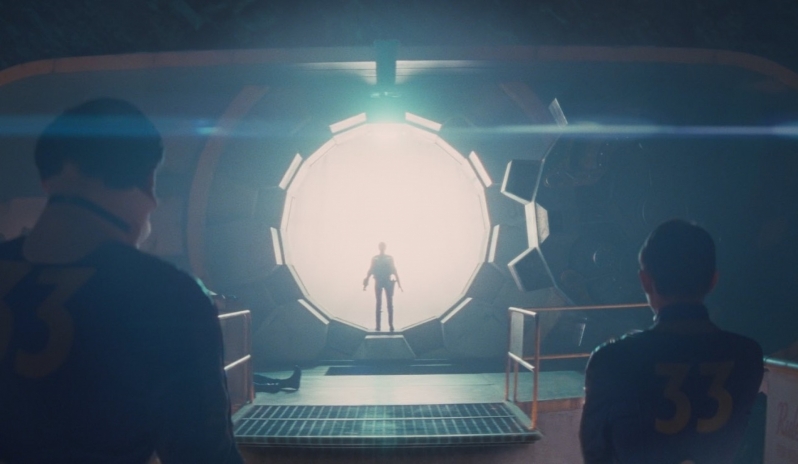 Most vaults within the Fallout universe have some kind of gimmick, with many of them acting as some kind of experiment on their occupants. At this time, it is unknown if Vault 33 was part of any major experiment, or where the vault is located within the post-apocalyptic USA. We expect Amazon to reveal more about their Fallout show and Vault 33 when their series is closer to its release on Amazon Prime.

You can join the discussion on Amazon's Fallout teaser on the OC3D Forums.

AngryGoldfish
Because Jonathan Nolan is at the helm, I do have hope. But seeing as Amazon has made the biggest TV flop in history with Rings of Power, I am sceptical.Quote

1, Jonathan Nolan is onboard, anything the Nolan's touch is an masterpiece in my opinion: Inception, Interstellar, Tenet.

2, Why is Rings of Power the biggest TV flop in history? Must've missed something huge here...Quote

AngryGoldfish
Quote:
It's going to cost Amazon $1 billion dollars in total, but the first season has been a failure critically and with the audience. Jeff Bezos said that to be successful, Rings of Power doesn't just have to be moderately successful; it has to become the biggest TV show of all time, surpassing Game of Thrones and Stranger Things. The amount of money invested dictates it so. Actual consistent viewership numbers have been hidden from the public eye, likely for good reason.

Anecdotally, I watched the first two episodes and then stopped. It's garbage.Quote

NeverBackDown
Because you don't make a story "based off Middle Earth" lore and then proceed to royally F it all up and essentially boils down to using names of characters and locations just to sell.

They may as well make up their own universe at that point.Quote
Reply