AMD, Nvidia and Intel will all be hosting CES keynotes on January 4th

AMD, Intel and Nvidia will all be hosting their CES Keynotes on the same day

AMD has emailed us to confirm that their CES 2022 Press Conference will be hosted on January 4th at 7 am PT. That translates to 3 PM GMT and 4 PM CEST.

In their email, AMD confirmed that their presentation will "highlight upcoming computing and graphics solutions from AMD and outline the company’s vision for driving best-in-class high-performance computing experiences for gaming, entertainment, and the way we live and work now."

With reference to gaming being present, it is likely that AMD will discuss new graphics cards and their new gaming-optimised V-Cache enhanced Zen 3 processors. Additionally, AMD is also likely to reveal new notebook processors, and other updates to their other product lines.

Intel's keynote will be at 10 AM PST on January 4th, translating to 6 PM GMT and 7 PM CEST. At this event, Intel will likely discuss their Alder Lake PU product line, focusing on their Mobile series processors for laptops and other portable devices.

Another thing that Intel will likely discuss is their upcoming ARC Alchemist series graphics cards, which are due to launch sometime in 2022. At CES, we may finally see the performance of Intel's gaming-oriented discrete GPUs. Will it be enough to secure them a space within the competitive GPU market? 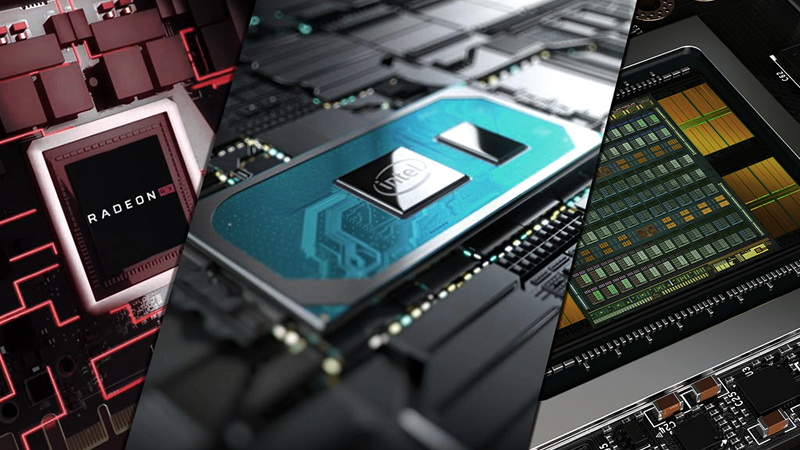 Nvidia's keynote will be at 8 am PST, one hour after the start of AMD's keynote. Here, Nvidia will be discussing the "latest breakthroughs in accelerated computing, from design and simulation to gaming and autonomous machines."

Since the event does not have Nvidia's CEO, Jensen Huang, as a confirmed speaker, it is likely that the event will be hosted by other company executives. This makes sense, as Nvidia's only major product announcements should be new RTX 30 series GPUs, refreshed products for both the discrete GPU market and the laptop market.

You can join the discussion on CES 2022's major PC gaming keynotes on the OC3D Forums.