AMD expects even better earnings in 2022

AMD has just delivered their Q4 2021 and Full Year 2021 financial results, revealing that the company generated over $4.8 billion in revenue during Q4, which is $300 million higher than the company expected at the end of Q3.

In 2021, AMD generated 16.4 billion in revenue, representing a 68% increase over their 2020 earnings. Originally, AMD expected its revenues to grow by 37%. 2021 has been a hugely successful year for AMD, and in 2022, AMD expects even greater earnings.

In Q4 2022, AMD earned $4.82 billion in revenue, a 49% revenue growth year-over-year (YoY) and a 12% revenue growth quarter-over-quarter (QoQ). This growth comes thanks to strong semi-custom sales, growing sales for Ryzen, EPYC and Radeon products. AMD's Gross margin has also grown past 50%, representing a 5% increase year over year. Not only has AMD generated more revenue, they have also increased their profitability. 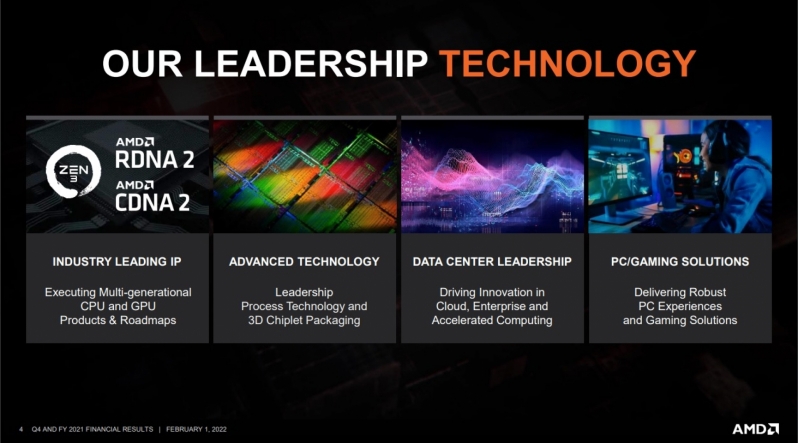 AMD's operating income has increased to $1.2 billion, which is more than double what the company generated last year. This increased income comes thanks to growing revenues and larger margins.

AMD's growth in 2021 comes thanks to growing EPYC processor sales, higher average client ASPs (average sales price) and growing GPU sales. GPU ASPs are down this quarter, but this is due to the launch of lower-end Radeon RX 6000 series graphics cards, which are lower margin products. 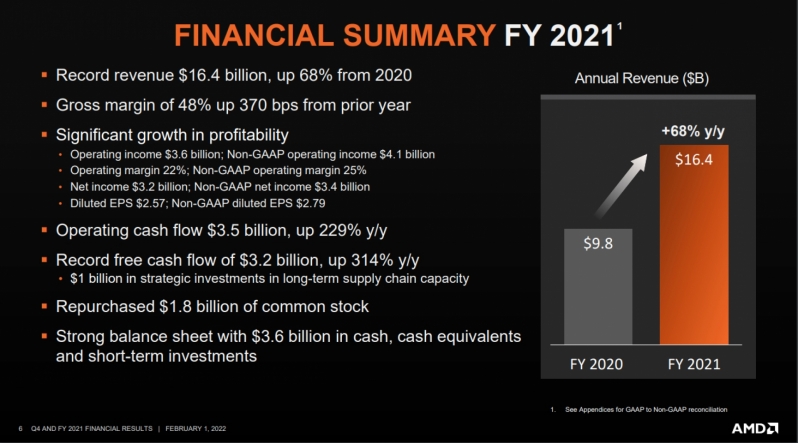 In 2022, AMD expects its hull year revenue to be $21.5 billion, representing a 31% growth YoY. In Q1 2022, AMD expects to generate $5 billion in revenue. Like 2021's forecast, we expect AMD to be low-balling its revenue estimates, as any increase in supply from AMD's manufacturing partners should allow AMD to generate additional products and generate greater revenues.

AMD also expects its gross margins to increase to 51% in 2022, which will allow AMD to generate larger profits with its increased revenue. These earnings projections were made without including financial results from Xilinx. Should AMD acquire Xilinx, AMD will be able to generate larger revenues in 2022. 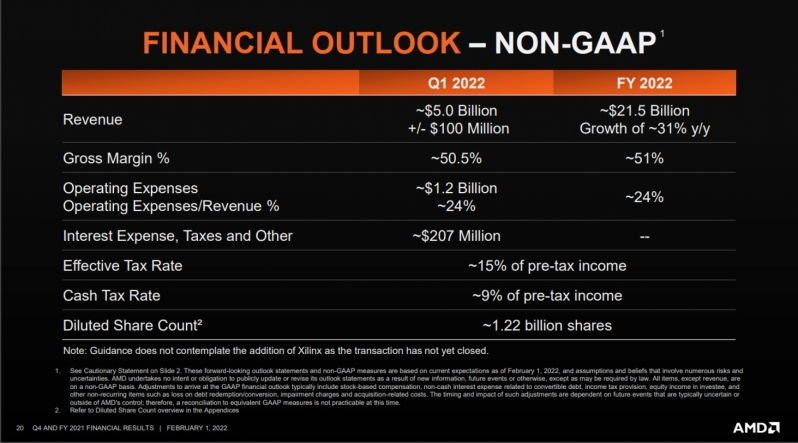 AMD expects its acquisition of Xilinx to be competed in Q1 2021. AMD has confirmed that they have recieved approval from China, allowing the acquisition to go ahead. This acquisition will allow AMD to expands its product offerings, increase its revenues and take advantage of Xilinx's technologies and patents. This change will also give AMD an expanded R&D budget, and more money to throw around that will help the merged company secure more manufacturing capacity. 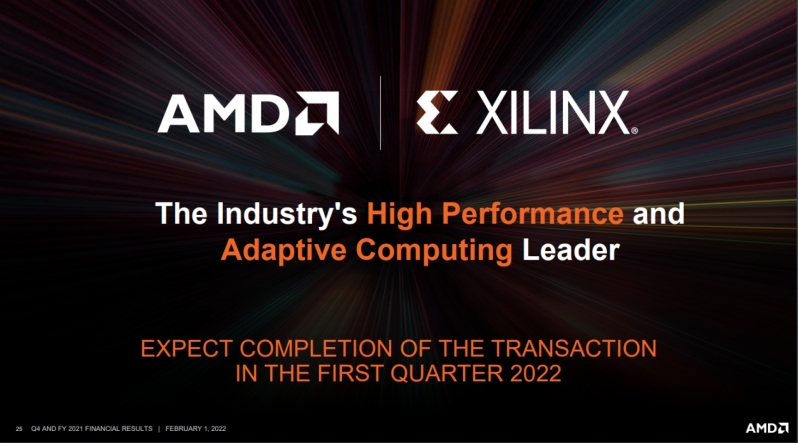