With their new ROG Rapture GT-AXE16000 and ROG Rapture GT-AX11000 Pro routers, ASUS plans to deliver ultimate WiFi 6E and WiFi 6 performance respectively, with both routers featuring ASUS' RF technology and RangeBoost Plus tech to increase signal range by up to 38% compared to standard WiFi 5 routers.

Both of these ROG routers build upon the spider-like design of ASUS' Rapture GT-AX11000, with both new models offering users support ASUS Aura RGB though each router's web interface and the ASUS router app. ASUS has also loaded its routers with new network optimisation software, which promised to give users lower latency and lag-free gaming.

With the ROG Rapture GT-AXE16000, ASUS are offering its customers four WiFi bands, a 6 GHz band, two 5 GHz bands and a single 2.4 GHz band. This gives the GT-AXE16000 WiFi 6E support, and a total wireless network capacity of 16,000 Mbps across all four bands.

The second 5GHz band on the Rapture GT-AXE16000 is intended for use as a dedicated backhaul link for AiMesh-compatible networking equipment. This enables fast communication between AiMesh nodes while keeping the router's second 5 GHz band free.

The ROG Rapture GT-AXE16000 is the world’s first quad-band WiFi 6E gaming router. ASUS engineers have unlocked the full potential of four bands — 2.4 GHz, two 5 GHz bands, and 6 GHz — with 160 MHz channels in the 5 GHz and 6 GHz bands to deliver the fastest speeds possible. It features a flagship next-gen Broadcom WiFi chipset and CPU to improve maximum network throughput by 18%2 for lightning-fast, accelerated data transfers and an optimized gaming experience. With ASUS RF technology and other exclusive ASUS technologies, RangeBoost Plus leverages multiple upgraded ASUS features that improve WiFi signal range and overall coverage by up to 38%.

The Rapture GT-AXE16000 offers numerous connections including dual 10 Gbps ports, a 2.5 Gbps WAN port and four 1 Gbps LAN ports. The quad-band capabilities of the Rapture GT-AXE16000 also provides users with more choice when connecting to an AiMesh system. For users with WiFi 6E devices, one of the 5 GHz bands can be used as a dedicated backhaul to the central router, so the other three bands are free for device connections. Additionally, the 6 GHz band can be used as a backhaul when used with another WiFi 6E router to provide cleaner and faster transmission between two routers for an optimized mesh experience. 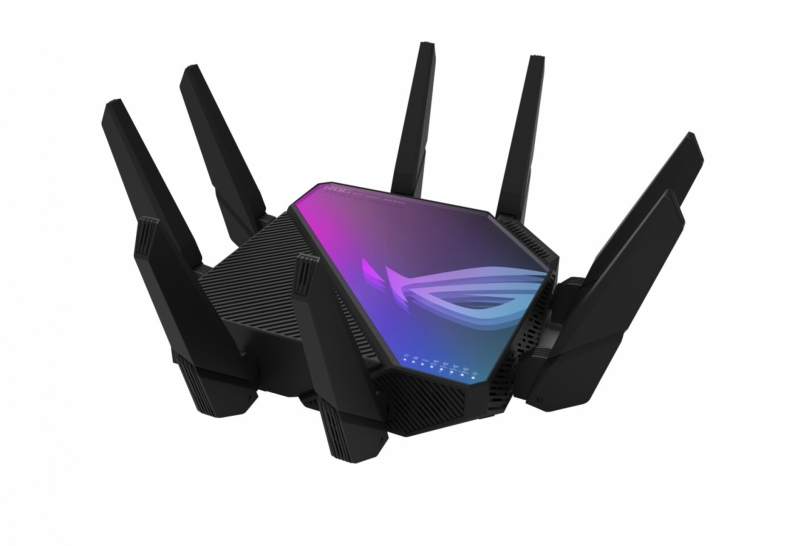 For those who do not require WiFi6E networking, ASUS has created their ROG Rapture GT-AX11000 Pro, delivering strong WiFi 6 coverage with two 5 GHz bands and a single 2.4MHz band. Again, the second 5GHz band of this router can be used to connect to AiMesh nodes. In total, This router has 11,000 Mbps of aggregated wireless bandwidth potential.

You can join the discussion on ASUS' latest ROG Rapture series routers on the OC3D Forums. 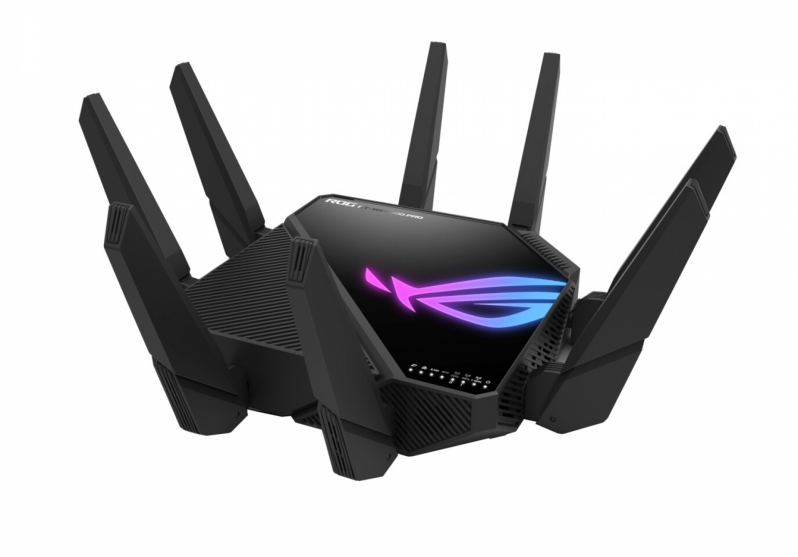 Digikid
They better bring the price down then....the current ones are expensive as hell!!!