ASUS has just announced their new Republic of Gamers Rapture GT-AX6000 router, using Broadcom's flagship Wi-Fi 6 chipset to deliver strong wireless performance and ASUS RangeBoost to improve Wi-Fi range and coverage by as much as 38%.

With their Rapture GT-AX6000 router, ASUS promises data transfer rates that are up to 2.3x faster than a 4x4 dual-band Wi-Fi 5 router, giving users more networking capacity thanks to Wi-Fi 6 and their use of a 2.0GHz 64-bit quad-core Broadcom processor.

Sadly, ASUS has not provided us with UK pricing for their GT-AX6000 router, though it is available for pre-order in the US for $399.99 on Newegg. 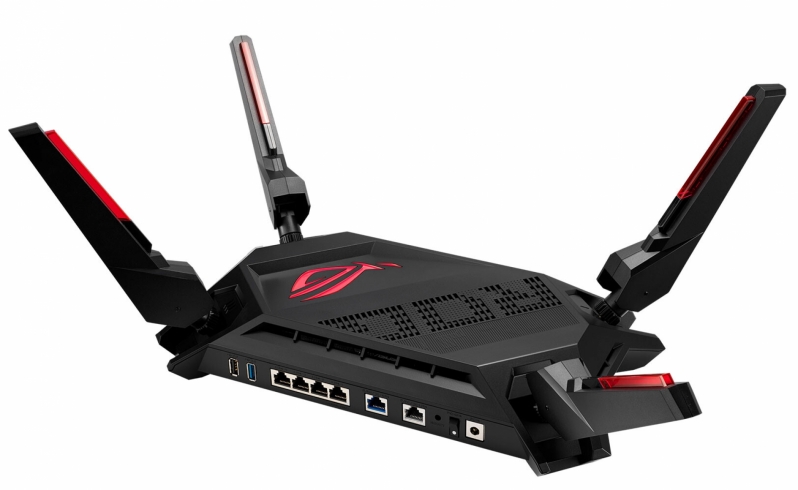 The ROG Rapture GT-AX6000 is a powerful 4x4 dual-band WiFi 6 router that delivers combined speeds of up to 6000 Mbps—1148 Mbps on the 2.4 GHz band and 4804 Mbps on the 5 GHz band—which is up to 2.3X faster than a 4x4 dual-band WiFi 5 router. With a combination of 160 MHz channels, OFDMA and MU-MIMO technology, WiFi 6 provides up to 4X-greater network capacity and efficiency in traffic-dense environments, making it ideal for heavily populated networks.

For flexible high-speed internet and network connections, the ROG Rapture GT-AX6000 has two 2.5 Gbps ports, one of which can be configured as either a WAN or a LAN port.

WAN aggregation allows a 2.5 Gbps port to be combined with a 1 Gbps port to unlock up to 3.5 Gbps of WAN bandwidth, fast enough for even the latest ultra-high-speed ISPs. This massive internet bandwidth can be shared via WiFi 6 or the second 2.5 Gbps port in LAN mode.

With LAN aggregation, users can bond two 1 Gbps LAN ports together to create a 2 Gbps LAN connection, which is great for supplying extra bandwidth to heavy-duty network devices such as a compatible NAS or desktop PC.

The ROG Rapture GT-AX6000 is powered by a Broadcom 2.0 GHz quad-core 64-bit CPU and WiFi chipsets, giving it the performance to handle even the most demanding gaming network. It increases maximum network throughput by up to 18% for lightning-fast performance, accelerating data transfers and optimizing the gaming experience. GT-AX6000 also includes ASUS RangeBoost Plus, the latest, most powerful version of RangeBoost, which improves coverage for all WiFi devices including legacy devices. In combination with ASUS RF technology and other exclusive ASUS technologies, RangeBoost Plus dramatically improves WiFi signal range and coverage by up to 38%.

The ROG Rapture GT-AX6000 is made for all types of gamers—mobile, console and PC. It boosts gaming traffic every step of the way, from the PC all the way to the game server. The exclusive triple-level game acceleration stabilizes connections to prevent jitter, reduce lag, lower ping and increase speed for amazing gaming experiences.

The GT-AX6000 also plays great with any game consoles, including PS5, Xbox X and Nintendo Switch. Gamers can instantly prioritize a console by connecting it to the dedicated Gaming Port: no complex configuration is needed, just connect the console to the special LAN-1 port for a fast, stable connection that's always at the head of the queue.

The all-new futuristic game-themed design features four detachable red-and-black antennas, and the ASUS Aura RGB lighting on the case is fully customizable with a range of cool effects.

You can join the discussion on ASUS' ROG Rapture GT-AX6000 WIFI 6 Router on the OC3D Forums. 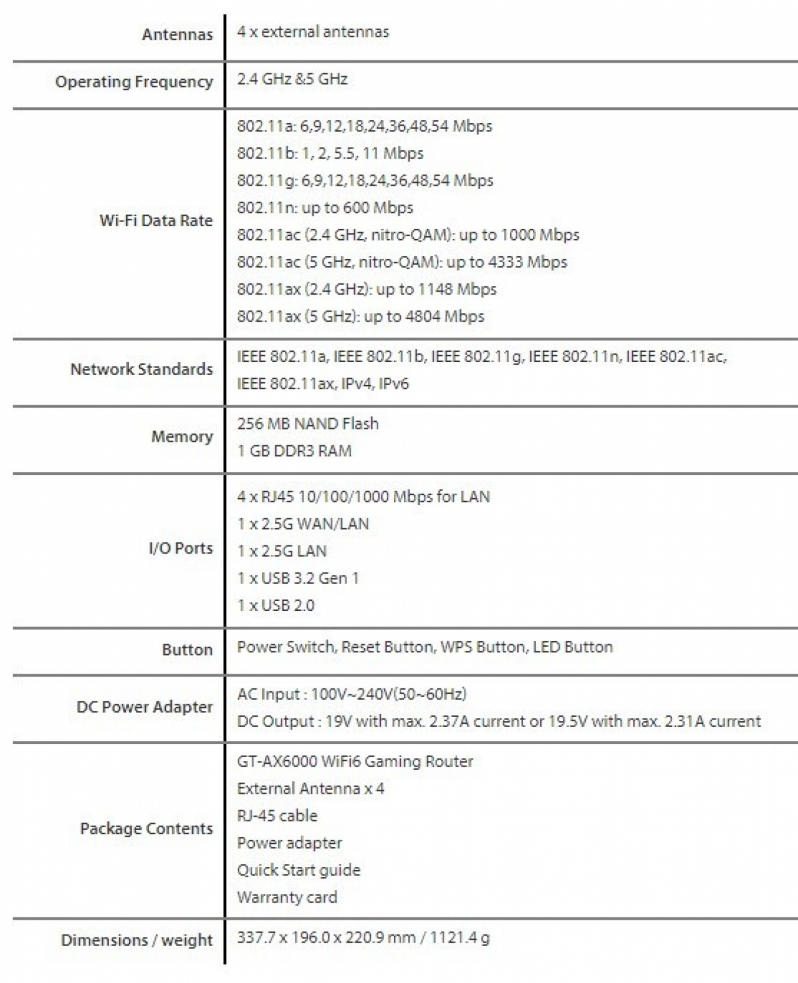 Deadtroopers
I like the aesthetic; I like 2.5 Gigabytes; I've never seen the point of wireless in a rooter.Quote
Reply