We are a huge fan of white components at OC3D, so much so that it has become something of a joke amongst our readers. Even so, white components remain relatively rare within the PC industry, with many users preferring stealthy black products or other neutral colours.

The series features the same addressable LED illuminated CPU block as its non-white counterpart, but this time ASUS has also added RGB enabled fans into the mix, each of which features addressable RGB (ARGB) elements. This isn't just a white ROG Strix LC, this is the ROG Strix LC RGB series White Edition. 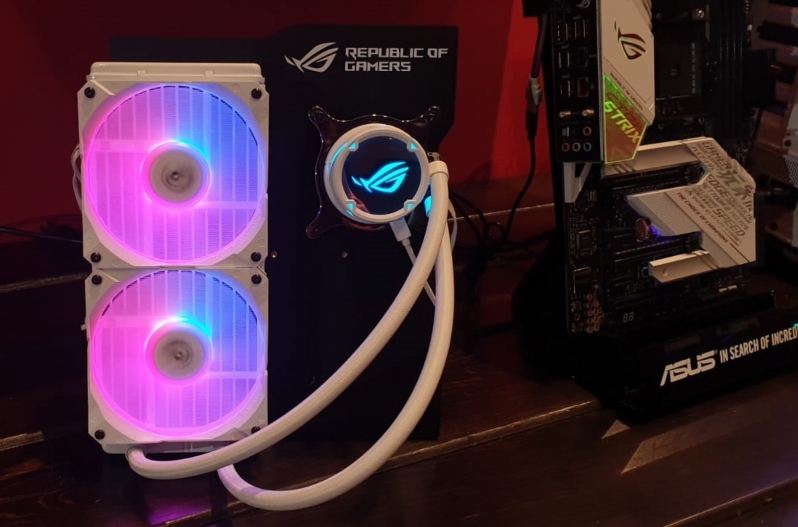 Next up, we have a concept motherboard from ASUS, a variant of the company's ROG Strix X570 series which offers users white heatsinks and a white I/O Shield. Nothing else on the motherboard has been changed, at least to our knowledge.

While ASUS has not created a white PCB for its Concept ROG Strix X570 White Edition, we think the motherboard's use of a standard blackened PCB adds some extra contrast into the mix which allows other white components to stand out. SOme white-themed systems can have too many white components, and that can turn a system into a snowblind mess. 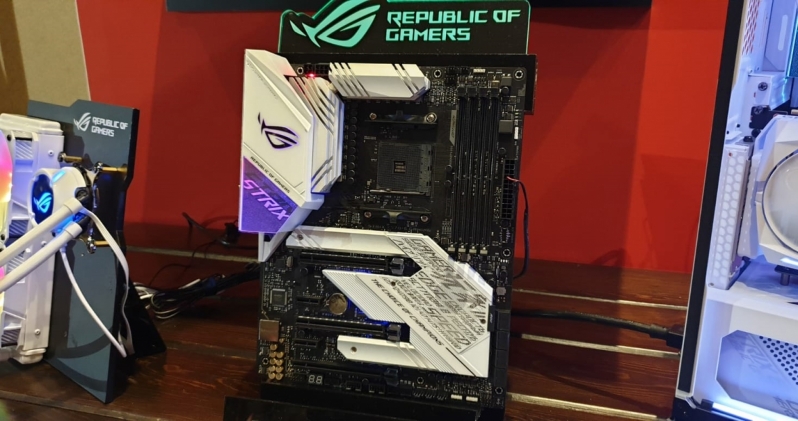 We reviewed this graphics card in late 2019, and it remains as one of the most powerful RTX 2080 Ti graphics cards on the market. ASUS didn't just make this graphics card white, they gave this card a higher power limit, higher core clock speeds and faster GDDR6 memory modules. This GPU doesn't just look good, but it also performs well, but like all RTX 2080 Ti cards, this performance comes at a cost.

You can read our full review of ASUS' RTX 2080 Ti White Edition here.

Even ASUS' power supplies are getting the all-white treatment, offering users the same 80+ Gold rating as before alongside white braided cables. The model pictured as an 850W ROG Strix White Edition unit, but unfortunately, most of the unit is covered by ASUS' White Edition Helios case.

Outside of ASUS' ROG Strix X570 White Edition, which is marked as a "Concept" product, all of ASUS' White Edition ROG product have either entered the consumer market already or will do so in the near future. These products are expected to be limited edition items, which means that they will not be in stock for as long as ASUS' other ROG products.

You can join the discussion on ASUS' ROG White Edition products on the OC3D Forums.

Bartacus
Quote:
Unless he's emailing with one hand, I suspect he was busy doing 'other' things once he saw this, LOL!