Way to alienate your fanbases...

Over the past few days, both ASRock and BIOSTAR have released new NFTs (Non-Fungible Tokens), detailing their decisions on recent Press Releases. Both companies have decided to use the OpenSea NFT platform to release their tokens, with both companies pricing their tokens at 0.1 Ethereum. In today's money that's over £190, or $250 US.

In our view, these NFT releases are little more than attempted cash grabs, cashing in on the NFT craze with their own artwork. BIOSTAR calls this an a "special occasion and to stand a chance to own a piece of BIOSTAR's legacy", while ASRock claims that they are "issuing the NFT to enter the metaverse and serve the community".

To ASRock's credit, they have stated that "a part of the revenue of the NFT issued by ASRock will be invested into the "ASRock NFT Fund" project which is designed to provide opportunities and support to creators, designers, and artists in various fields." That said, they have not stated in detail what this fund is for, or how much of their NFT proceeds will be given to this fund. While these details "will be released on ASRock('s) website soon", the company should have released these details before launching their NFTs. Purchasers deserve to know these details. Not that we recommend purchasing NFTs.

Should ASRock and BIOSTAR support OpenSea?

Earlier this week, OpenSea admitted (source) that their free NFT minting tools were being rampantly misused for "plagiarized works, fake collections, and spam". Over 80% of freely minted NFTs on OpenSea are fake or plagiarised works. This leads us to question why ASRock and BIOSTAR saw OpenSea as a company that's worth supporting?

Copied works have also been used to create NFTs on OpenSea, including NFTs that were made using stolen artwork from YouTubers, Twitch Streamers and other creators. There are even Twitter accounts that are dedicated to pointing out stolen artwork on NFT platforms, such as @NFTtheft on Twitter.

This week, OpenSea attempted to put a limit on free NFT minting to counter the huge amounts of spam and artwork theft on the platform. However, this move proved unpopular and the company quickly reversed its course. While OpenSea has claimed that they are working on new solutions that will deter bad actors, the platform remains a sea orf artwork piracy. As Gizmodo put it recently, OpenSea "is being overwhelmingly misused to commit fraud and create spam". 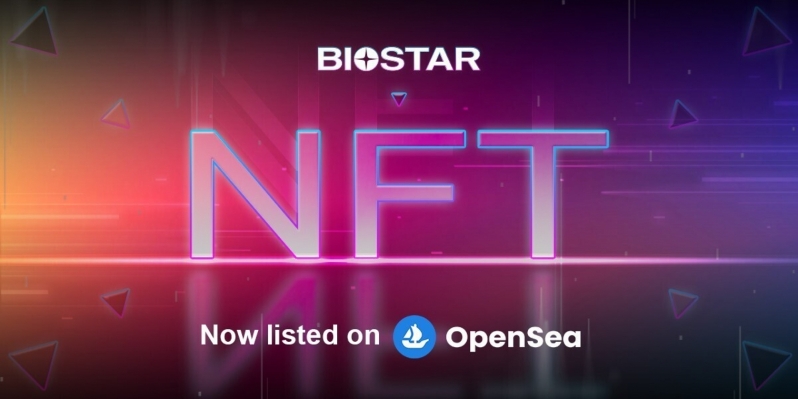 While we typically post the contents of press releases to our articles, in this case, we have decided not to add the content of ASRock or BIOSTAR's Press Releases to this piece, or links to each company's NFT collections. In this case, we don't believe that their marketing fluff on this topic is worth reading, and nor do we recommend purchasing NFTs.

BIOSTAR and ASRock should know that most PC gamers hate anything crypto or blockchain. Ethereum is one of the many reasons behind the world's GPU shortage and today's insane GPU prices, and NFTs are not seen in a batter light. At best, ASRock and BIOSTAR's NFT collections will be seen as a blatant cash grab by their customers. While ASRock and BIOSTAR will likely earn some money though their NFT auctions, in doing so both companies have tarnished their brands through association.

You can join the discussion on BIOSTAR and ASROCK's NFT auctions on the OC3D Forums.

Dark NighT
Im betting there will be more manufacturers doing this, a sad world we live in where companies start doing this kind of crap.Quote

ET3D
Thanks for turning these announcements into an article on the problems with OpenSea. That was an interesting read.

I think that NFTs in general are cash grabs. Some people have way too much money and nothing to do with it, so others are milking them by offering meaningless "ownership" of meaningless stuff.

It's sad to see the state of the world.Quote

dazbobaby
Quote:
Can someone explain what NFT's are and how they work? I just don't get it.
How can someone release a PNG/JPG and sell it on the internet? You know the internet, where absolutely nothing is secure and can be copied. Why buy something that can be downloaded and copied? It's not yours, it's on the internet, it's everybody's!


That said, I have some DJ sets of house/disco that I'd like to sell for some bitcoin/etherium/dogecoin.Quote

WYP
Quote:
TBH, i saw both press releases and brushed them off as not worth reporting on. Then I saw a something retweeted on OpenSea, which I thought merited a quick Google. It's rare that a company admits that it has a platform that is full rampant abuse.

"Over 80% of the items created with this tool were plagiarized works, fake collections, and spam." (Source - OpenSea)

Then I rechecked where Biostar and ASRock hosted their NFTs and that became something worth taking about. Hence the article.Quote

Peace Đ
Quote:
Correct me if I'm wrong, but aren't NFTs pretty much the same as stocks? You buy them on the market and their prize can increase or decrease, but maybe someone is willing to pay you an insane amount of money?Quote
Reply