Bitcoin pricing plunges after reports of a $1.5 billion transfer

Bitcoin pricing plunges after reports of a $1.5 billion transfer

While Bitcoin's pricing has recovered to values of over $52,000, this sudden dip in Bitcoin's value has highlighted the continued volatility of the currency and has put a stop to the currency's upward trajectory. That said, the currency's value is still up over 80% from the start of 2021, making this dop far from a full-on market crash.

Various sources have reported that this price correction was instigated by a massive $1.5 billion transfer of Bitcoin. With this transfer, a company/entity reportedly deposited around 28,000 Bitcoin into an address belonging to the OKEx cryptocurrency exchange, which has since been deposited into various Bitcoin wallets.

With Bitcoin's value rising to new highs, it is easy to see why financial entities would consider massive sell-offs. In a recent Tweet, Elon Musk stated that the value of Bitcoin and Ethereum "seem high", creating a lot of uncertainty within the market.

It is unknown how Bitcoin's value will change over time, though it is clear that Bitcoin is still too risky as a commodity to be considered stable. Further price corrections for the currency are possible, though it is worth remembering that Bitcoin'va value remains higher than it was this time last week. 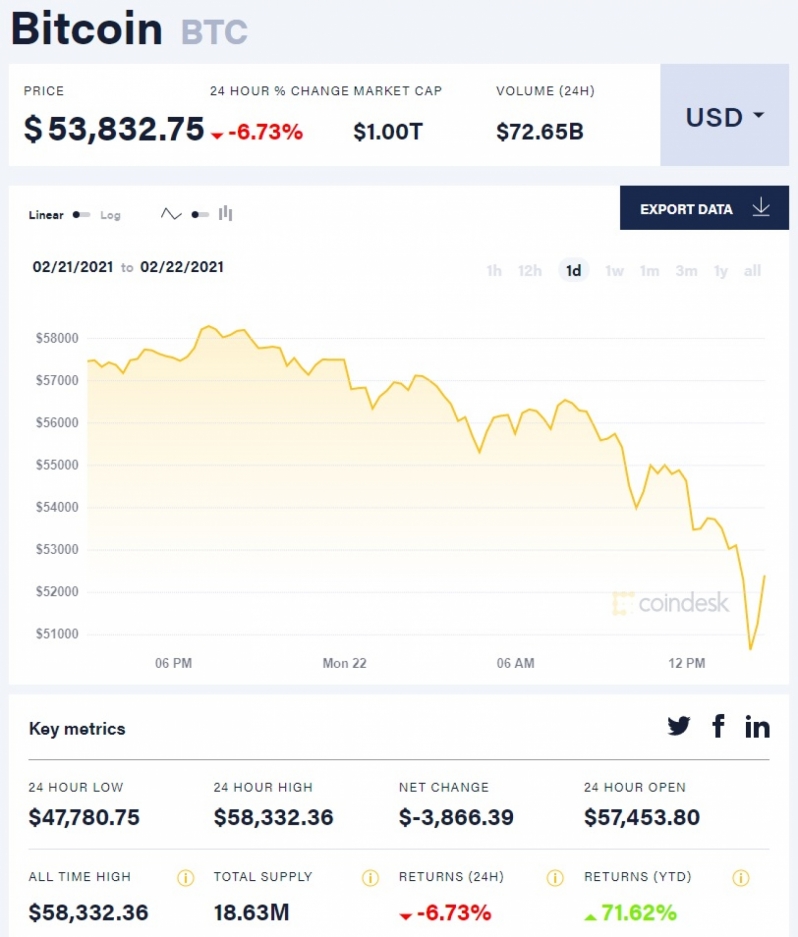 You can join the discussion on Bitcoin's massive drop in value on the OC3D Forums. 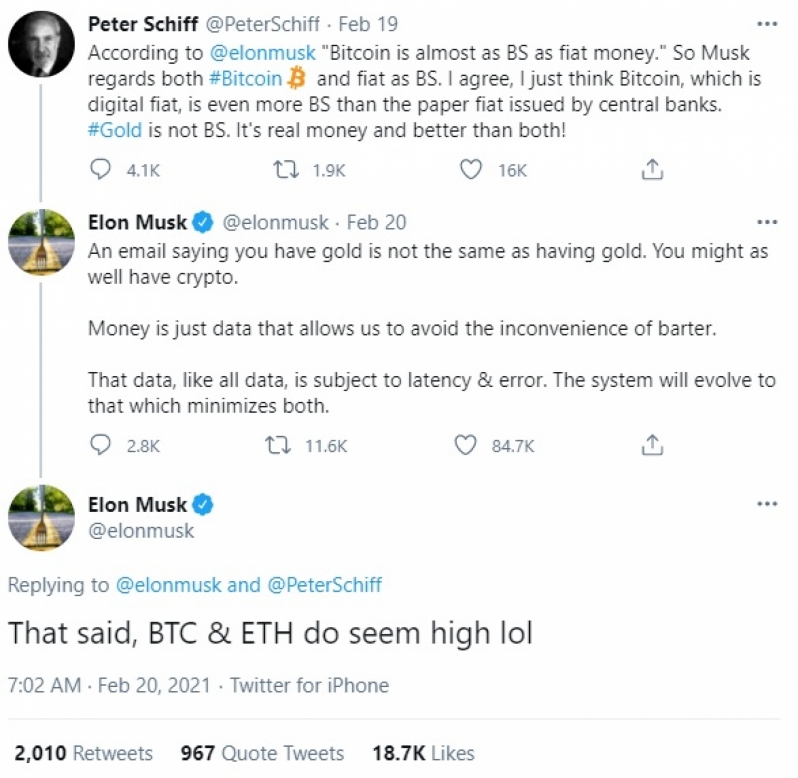