China depends on TSMC, and taking it by force is not an option

Tensions are high in China as the United States of America's Speaker of the House Nancy Pelosi has touched down in Taiwan, a move that China sees as a threat.

For the uninitiated, Taiwan is officially called The Republic of China (ROC), which effectively became separated from the People's Republic of China (PRC) at the end of the Chinese civil war at the end of World War 2. The People's Republic of China (China) sees Taiwan as part of Chinese territory, as they see themselves as the government of all of China. This prevents Taiwan from being officially seen as an independent nation, despite the fact that Taiwan has its own currency, passports, armed forces, government, and constitution. Even after decades of effective independence, China wants control over Taiwan, even if the Taiwanese don't want it.

Mark Liu, the Chairman of TSMC, has recently spoke to CNN's Fareed Zakaria to discuss the tensions between China, Taiwan, and the USA. Liu stated that "Nobody could control TSMC by force" when discussing a potential Chinese invasion of Taiwan, saying plainly that TSMC's factors would be "not operable" if Taiwan was invaded.

While TSMC's technology world-leading, it requires access to global supply chains and connections to Japan, Europe, and the United States. A Chinese invasion would sever these connections, preventing TSMC from operating. Beyond that, a war could irreparably damage TSMC's facilities, changing TSMC from Taiwan's crown jewel to something that's effectively useless to China. 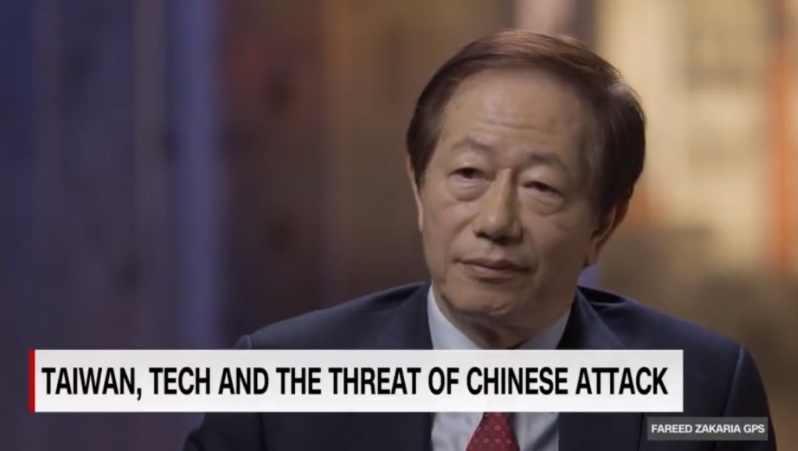 When speaking to CNN, Mark Liu also stated that China accounts to 10% of TSMC's business, which means that China relies on Taiwanese silicon. TSMC only works to Chinese consumer manufacturing (not military manufacturing), and TSMC knows that an invasion would sever this link and hurt the Chinese economy. China reportedly buys 90% of its silicon from other countries, and that fact alone makes an invasion of Taiwan a potential killing blow for China's technology sector.

As it stands, China cannot invade Taiwan on a whim. Taiwan is protected by "Silicon Shield", and an invasion of Taiwan would not allow China to simply bypass this problem by taking TSMC. TSMC's facilities would likely be damaged or destroyed during a Chinese invasion, and the importance of TSMC alone makes such an invasion a global issue that cannot be ignored.

You can join the discussion on TSMC's thoughts on a potential Chinese invasion on the OC3D Forums.

Dawelio
Seriously though, I just don't understand why all of these people in power honestly needs to show with invasions? Sure, it may have been a part of their country before, but not any longer. What do you actually gain in starting an actual invasion? You'll ruin your own image to the world (not that they care), no one wants to do business with you, the world hates you and you end up taking back just dust. Cause that is what is left after all the bombs etc have gone off.

This is atleast what has happened to Putin, whatever his goals were, I don't think he ahieved them. Other than hatred from the world, his country shut off from the world and so many deaths. Yet, he just sits in his mansion and smiles, while people are literally getting tortured because of him and his "decision". Coward.

One thing that came out of his "war" though, is that China has seen how badly his invasion has gone and has since reconsidered what an invasion of Taiwan would actually take.Quote

Anon
The Russia thing is more nuanced than that. Russia's buffer of countries has been lost over time, with many countries going independent. This meant if an invasion / war were to happen, it would directly be invaded by a neighbouring country. Ukraine was the ideal choice to close the buffer line. I'm explaining this badly, but you can find YouTube videos explaining the situation.


Anyway, going back to the topic of Taiwan, I hope they don't get attacked. There's less incentive to invade in this age, largely due to economic impact. With the many monopolies like Visa controlling money, it's easy to isolate and deny money incoming to a country. It also has a much more longer term impact, taking decades to recover and benefit.Quote
Reply