Coinbase is laying off 1,100 employees as Crypto's value crumbles

The past few weeks have not been good for Cryptocurrency investors, with Bitcoin's value plummeting to an 2-year low this week, with the currency currently being valued at around $21,000 per Bitcoin. Last week, a Bitcoin was worth over $30,000. That's a 30% reduction in value over the past week alone, and that $30,000 value was already less than 50% of Bitcoin's peak value, which was over $67,000 in November 2021.

Ethereum has seen a similar reduction in value, dropping from a value of over $1,800 last week to a value of $1,100 today. Again, that is far below Ethereum's high of $4,800 in November 2021. The cryptocurrency market is in decline, and you only need to look at Coinbase to see that things aren't set to improve anytime soon.

Coinbase's co-founder and CEO, Brian Armstrong, has confirmed that the company is reducing in size, laying off around 18% off the company's staff to ensure that the company can "stay healthy" during today's "economic downturn". This 18% reduction in staff is roughly 1,100 workers.

Armstrong claims that Coinbase had expanded too quickly over the past few years, and that the company was not operating efficiently as a result. Armstrong has stated that he believes that a economic recession is incoming, and that another cryptocurrency winter is immanent. When money is tight, digital coins with imaginary values lose their value. Investors are moving to real assets, and away from digital tokens that have now innate value. 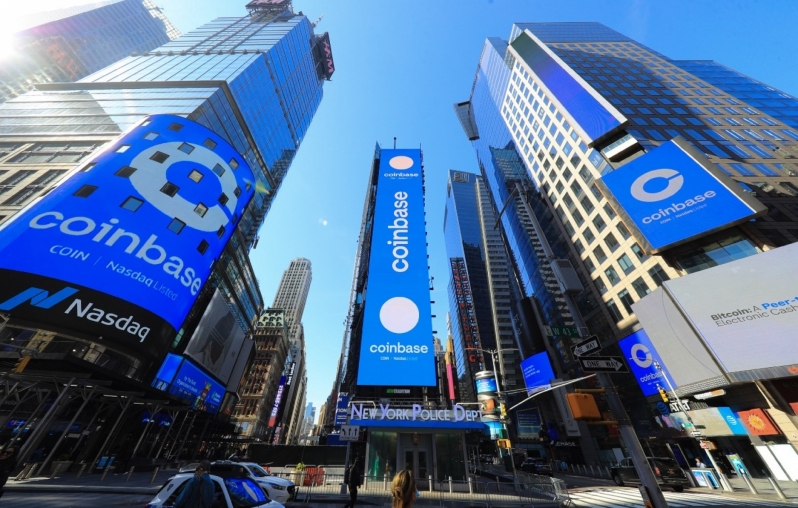 What does this mean for gamers

The value of used graphics cards has plummeted, so much so that you can now buy GPUs at prices that are far below their MSRPs. The value of Bitcoin and Ethereum is not expected to bounce back anytime soon, and that means that the value of GPUs is expected to decline further.

While we are sad to hear that 1,100 members of Coinbase's staff will be losing their jobs, it cannot be denied that crumbling value of cryptocurrencies has had a positive impact on the PC gaming market. Now, PC gamers can buy new hardware for their systems, and purchasers on the used market can get away with some real bargains. We wish the best of luck to Coinbase's laid off staff as they seek to find new areas of employment.

You can join the discussion on Crypto's crumble and Coinbase's layoffs on the OC3D Forums.

hmmblah
It sucks people are losing their "jobs", but it feels great watching crypto plummet.Quote

I've never been a greedy person and I've never taken any sort of risk for financial gain.

Money doesn't grow on servers. Sooner or later it was going to happen.Quote

ImprovizoR
Most Bitcoins are in the hands of very few people. Same with Ethereum. What might have started as an idea of a decentralized currency "for the people" turned into a pump&dump scheme of the top 0,1%. Stay away from cryptocurrencies, fellas.Quote

elrasho
lol at these comments. Its just a bear market; suck they lose jobs but the demand for Cypto is very low. Those who do their own research know when to invest back in.Quote
Reply