Computex 2020 has been delayed until September

The event has been postponed, not cancelled.

Computex 2020 has been delayed until September

The Taipei Computer Association has confirmed that Computex 2020 has been delayed until late September, citing health concerns. This delay is due to the global Covid-19 pandemic, with this news coming less than a week after Taiwan closed its borders to foreign nationals.

This delay was inevitable, and is the second time that Computex has ever been delayed. The last delay for Computex was back in 2003, during the SARS outbreak.

Now, Computex 2020 will take place in Taipei between September 28th and September 30th, almost four months after the event's original dates. This should give Taiwan and other nations enough time to deal with the Covid-19 crisis, minimising risks to attendees, the city of Taipei and Taiwan as a whole.

Below is a translation of a press release from the Taipei Computer Association, the organisers of Computex.

Affected by the severe special infectious pneumonia (COVID-19) epidemic, as of the date of publication, more than 300,000 people have been diagnosed and distributed in 167 countries around the world, which has severely impacted the economy, trade, transportation, exhibitions and tourism and other industries. COMPUTEX organizer Taipei Computer Association Director Du Quanchang and Secretary General of the Foreign Trade Association Ye Mingshui jointly announced that based on maintaining the health and safety of exhibitors and visitors, taking into account the benefits of the exhibition and maintaining the COMPUTEX brand image, it was originally scheduled for June 2 to 6 this year The held COMPUTEX will be postponed until September 28th to 30th at Taipei Nangang Exhibition Hall 2.

In order to continuously serve the exhibitors and buyers in need around the world, and take into account the health and safety of all attendees, this September COMPUTEX 2020 Special Edition will present key topics such as 5G and Netcom, smart solutions, e-sports and InnoVEX. According to McKinsey's latest epidemic report, the epidemic in China and East Asia will be controlled at the beginning of the second quarter, and the epidemic in Europe and the United States will slow down in June.

For exhibitors who continue to support COMPUTEX, the organizer will conduct COMPUTEX online exhibitions on the website, invite global buyers to participate in video purchase negotiations, and invite domestic and overseas indicator manufacturers to launch online new product conferences. At the same time, domestic and foreign investment indicators Sex industry players, sharing the smart technology applications and latest trends of 5G, AI, Internet of Things, etc. in a network format. 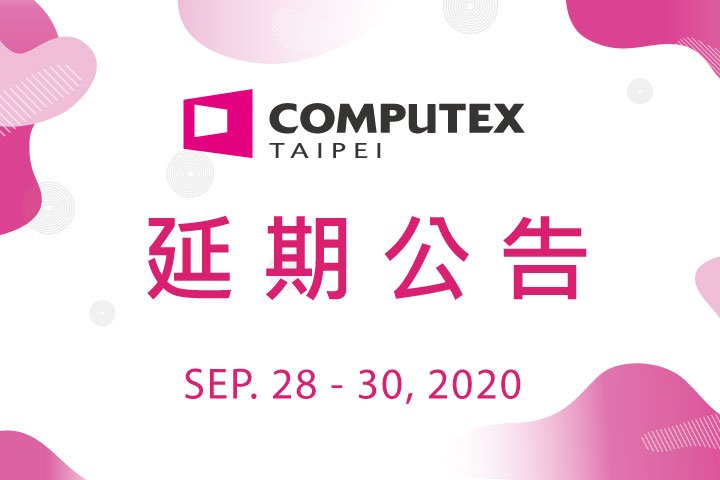 We hope to bring you news from Computex 2020 when the event takes place later this year.

You can join the discussion on Computex 2020 being delayed until September on the OC3D Forums.