Creality's 3DPrintMill CR-30 is a gamechanger for the 3D Printing market, offering users an "infinite" Z-Axis to create prints of previously impossible lengths or the ability to print advanced parts continuously with little to no human intervention.

By working with Naomi Wu, Creality has developed an Infinite-Z belt 3D printer which can be mass-produced, allowing this innovative printer design to be delivered to customers with a low retail price. Better still, Kickstarter backers can purchase units with lower "early bird" pricing.

On Kickstarter, Creality generated over 10x their initial funding target in four hours, with total Kickstarter pledges approaching the $1 million mark. Right now, Kickstarter backers and order a CR-30 3DPrintMill for $688, which is significantly lower than Creality's planned $999 MSRP.

This 3D Printer is designed primarily for Etsy store owners and eBay retailers to sell 3D printed products already. Those who would benefit from a 3D printer which can continuously print products with little to no human input. With the CR-30 3DPrintMill, users will not need to remove parts from the printer's bed constantly or reset and restart the printer after every print.

The 3DPrintMill is also useful for long products which traditional 3D printers cannot manufacture, like cosplay swords, plastic beams or other similar products.

Using the CR-30's angled Core XY design, the 3DPrintMill can deliver users stability and precision while also offering users a seemingly infinite Z-axis length. Creality has stated that their CR-30 printers are designed to operate continuously for up to 200 hours, which is more than enough time to complete any batch printing operation.

Extra belts for the 3DPrintMill can be purchased for $45, allowing CR-30 users to replace their belt when required or utilise Creality's nylon conveyer belt design to create their own belt printer. A roller attachment is also available for those who need to support long 3D prints.

The printer uses a custom slicer called CrealityBelt, which is specifically designed for the CR-30 3DPrintMill. This was a must given the radical design of this printer, though work is underway to enable CR-30 support across multiple existing slicer applications by March 2021.

The CR-30 will support all major filament types, including PLA, TPU and PETG. The printer will include a filament runout sensor and will launch with a Bowden-style extruder. That said, a direct-drive version of the CR-30 is in development.

In terms of size, the CR-30 can support prints which are up to 200mm in length, 170mm in width and "infinite" in length. 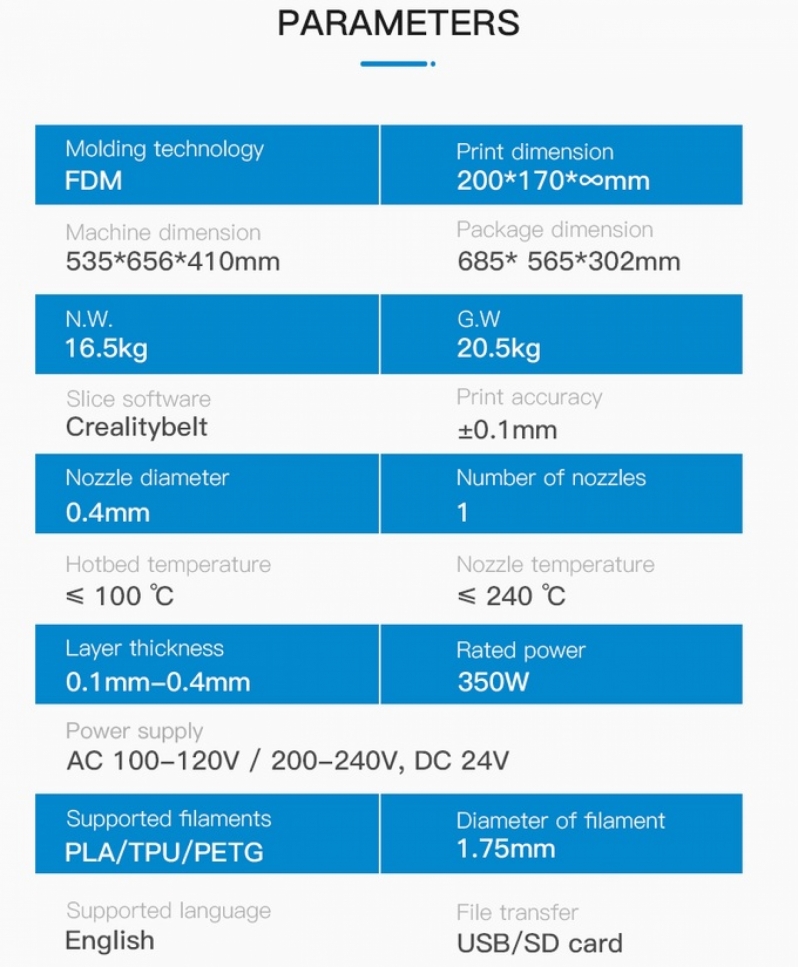 Creality expects to deliver their 3DPrintMill to backers in May 2021, several months after the printer's Kickstarter ends on December 18th 2020.

Those who are interested in the CR-30 3DPrintMill should look at Creality's Kickstarter page, which includes several videos from 3D printing YouTubers who have already tested Creality's CR-30 design.

You can join the discussion on Creality's 3DPrintMill arriving on Kickstarter on the OC3D Forums.