Earlier this year, we called Creality's CR-30 "one of the most exciting 3D printers that the company has ever created", that that statement still holds true today. This is where the cutting-edge is within the consumer 3D printing space, and thanks to NAK 3D Designs, we can see this printer in action.

Bed size is a major limitation for today's 3D printers, and the CR-30 solves this issue by offering customers a conveyer belt as a bed, creating an "infinite" axis in one direction. This "infinite axis" can be used for two things. First, it can be used to create prints that are larger than the CR30's rolling bed. Second, it can be used to enable continuous production for 3D printed products, as the bed can automatically remove finished prints.

In the video below, Creality's CR-30 is used to create half of a cosplay sword (which is longer than the printer itself), and to mass-produce cat models. Thanks to the CR-30's rolling axis, the printer can print continuously, enabling production to continue so long as the printer has filament. Outside of general maintenance, such as nozzle replacements, Creality's CR-30 can practically print forever.

Right now, the CR-30 is still in its prototype stages and isn't ready for mass production. That said, the design has already been proven to work, as you can see below, and it fulfils a niche within the 3D printing market that other printers simply cannot.

At the time of writing, Creality's CR-30 operates using a modified version of Cura as its slicer. A Slicer is a software that's used to turn 3D models into 3D printable files. Given the angled orientation of this printer and its unusual feature set, customised software is needed to operate this new kind of 3D printer.
We know that the current design of Creality's CR-30 uses Creality's silent stepper drivers on its mainboard and features a heated bed. With a maximum nozzle temperature of 260 degrees celsius, this 3D printer should support most commonly used 3D printing materials.

We expect to learn more about Creality's CR30 Belt 3D Printer as its launch approaches.

You can join the discussion on Creality's CR30 Belt 3D Printer on the OC3D Forums.

(Below are more images of Creality's CR-30 Prototype, via NAK 3D Designs) 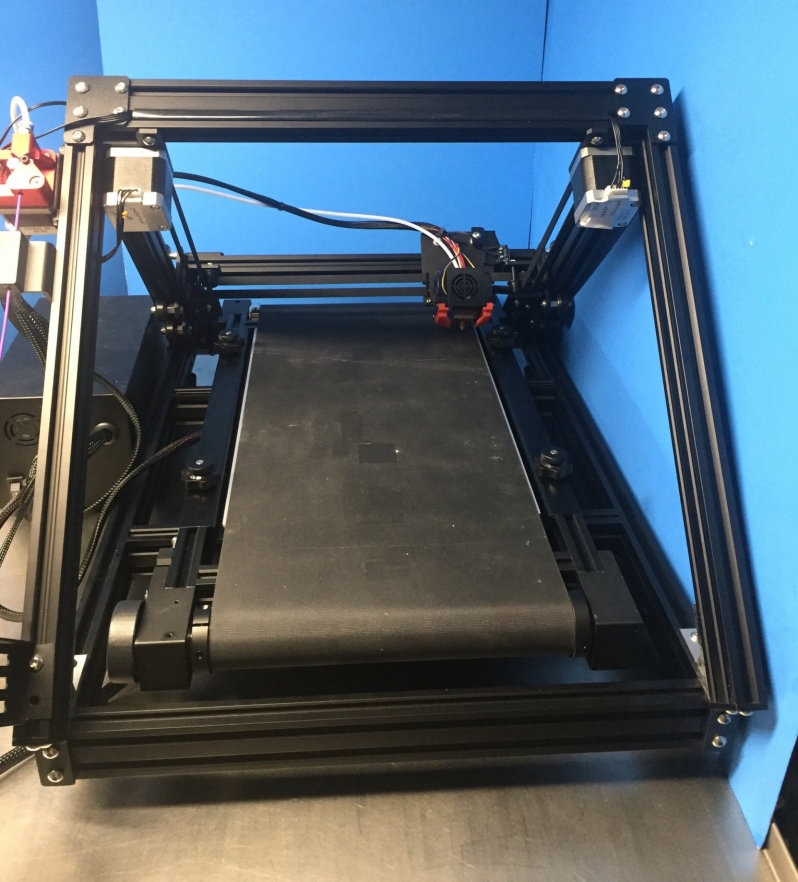