Today is a record-breaking day for cryptocurrencies

Today has been a big day for the cryptocurrency market's two largest currencies, with Ethereum's value reaching a new all-time high of over $2,000 while Bitcoin's market cap increased to over $1 trillion. For context, $1 Trillion is $1,000,000,000,000, or a million million dollars.

Yesterday, Bitcoin also hit a new all-time high of $56,000, mere days after reaching $50,000 for the first time. This rise in Bitcoin's value is larger than what many analysts expected, with many seeing a slower rise in Bitcoin's future.

Will Bitcoin and Ethereum remain on an upward trajectory? The future of both cryptocurrencies is uncertain; the faster than expected rise of bitcoin has spooked many analysts, though others remain confident that Bitcoin can eventually reach $100,000+ values. Others remain sceptical, seeing Bitcoin's current rise as another bubble, which may eventually pop.

With Tesla investing $1.5 billion into Bitcoin, it is easy to see why many people are excited about cryptocurrencies. While Bitcoin itself has no inherent value, neither does fiat currencies like the US dollar or British pound. Bitcoin can only be produced at a defined rate through mining, and only a limited number of Bitcoins can be mined. Unlike the US Dollar, simply creating new Bitcoins out of nowhere is impossible; the world's government cannot print more and devalue the currency in the process. As such, many people see Bitcoin has being more stable than the US dollar in the long term.

As with all investments, predicting the future of the cryptocurrency market is a difficult task. If it were easy, we would all be millionaires. This article is not financial advice or a recommendation of cryptocurrency investments, its a news piece. 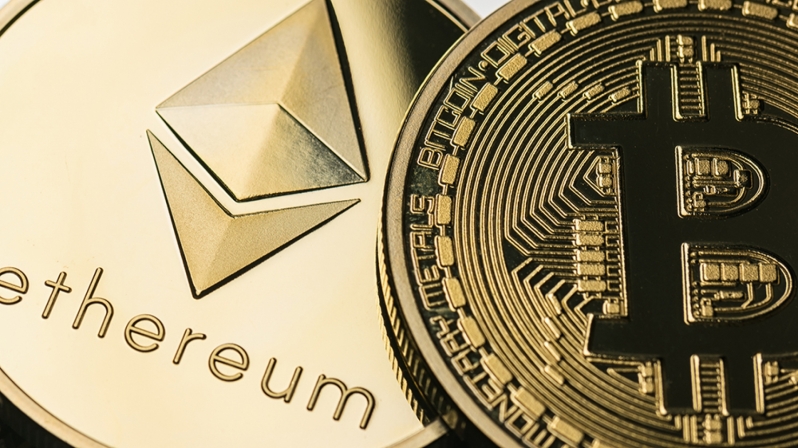 You can join the discussion on Bitcoin/Ethereum's rising value on the OC3D Forums.