Disney's reportedly working on a Firefly reboot for Disney+

Disney's reportedly working on a Firefly reboot for Disney+

According to sources over at Giant Freaking Robot, Disney plans to reboot Firefly, Fox's 2002 cult classic space-western TV series. Disney gained the rights to Firefly following their merger with Fox in 2019, a deal which also gave Disney the rights to Deadpool, the Alien and X-Men franchises.

Fans of Firefly has petitioned Fox for a continuation of Firefly since the end of the show's initial run, but as time progressed many of the show's stars have aged 18 years, and many of them are too old to reprise their roles within the series. Ron Glass, the actor who played Shepherd Book in the original series, passed away in 2016, making it impossible to continue the original series.

For Disney, a reboot is the only option for the franchise, though rumour has it that the series will be remade for a more PG audience than its original incarnation. This will change several aspects of the show, as Inara, one of the original series' protagonists, was a Companion, a professional courtesan/state-sanctioned prostitute.

While there are rumours that Disney is planning an 18+ section for their Disney+ service, this Firefly reboot will probably take a tone that's more akin to Star Wars: The Mandalorian, including death and gunfights while excluding Firefly's more adult plotlines and themes. 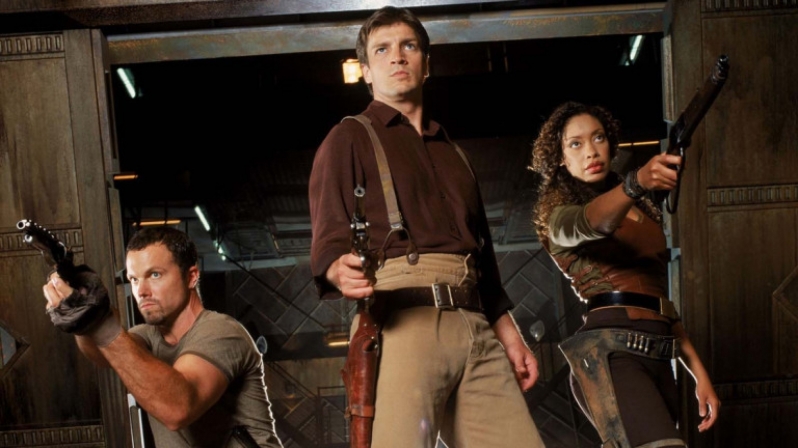 You can join the discussion on Disney's plans to reboot Firefly on the OC3D Forums.

Bartacus
There will be a horde of geeks that would love this news, myself included. But I'd be skeptical, since the original series, even though it was only 13 episodes, was something special.Quote

Dicehunter
For this to be even a slight success they need to get actual fans of the originals to be involved in its production.Quote

Deceit
Disney will wreck it tbh.
I would love to see a sequel true to the original but I doubt this will happen.
I just bought the Series on blueray the other day so I could watch it again and I have serenity on Microsoft store.Quote

queeg
guess im one of them geeks lol ....i agree i doubt it will be the same but i like sci fi and western so fingers crossed ill give it a go gotta be better than enders or corryQuote

AngryGoldfish
Quote:
The film worked well. It was quite a departure from the series, but it still worked. I can see a restarting of the series as a good move by Disney.Quote
Reply