With G-Sync support, users of Nvidia graphics cards and compatible displays can play their games without tearing, stuttering, flickering, or other artefacts that are caused by framerate/refresh rate inconsistency. This makes Elgato's HD60 X capture card ideal for Nvidia GPU users, with the capture card supporting 4K 60FPS, 1440p 120FPS, and 1080p 240FPS pass-through (with HDR10).

Sadly, Elgato has not created a capture card that supports HDMI 2.1, 4K 120FPS pass-through, or 8K 60 FPS pass-through support. It is likely that Elgato is currently working on such a product, as all current-generation consoles currently support 4K 120Hz outputs using HDMI 2.1.

In addition to the NVIDIA Broadcast integration, Elgato announced today that the award-winning Elgato HD60 X is the first capture card validated for use with G-SYNC displays. With HD60 X and a G-SYNC compatible display, content creators will be able to play high-fidelity games at up to 4K60 HDR the way they were meant to be played - without tearing, stuttering, flicker, or artifacts - while simultaneously capturing high-definition gameplay. 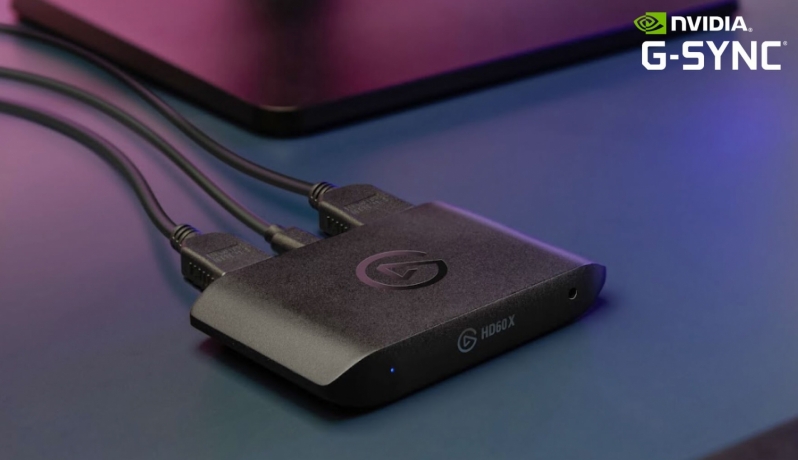 Elgato's HD60 X capture card is currently available from Amazon UK for £189.99. Instructions on how to enable G-Sync support for the capture card are available here.

You can join the discussion on Elgato's HD60 X capture card becoming the first to officially support Nvidia G-Sync on the OC3D Forums.