Elon Musk has made an offer to buy Twitter, all of it

Musk doesn't want to be on Twitter's board, he wants to own Twitter

Elon Musk wants to "unlock" the "extraordinary potential" of Twitter, that's why he wants to buy it

Earlier this month, Elon Musk became the largest shareholder in Twitter, acquiring a 9.2% stake within the company. After this purchase, it looked like Elon Musk planned to take a seat on Twitter's board, but the position was later declined. Now, Musk has made it clear that he wants to buy Twitter, and that he hopes to spend around $43 billion to do so.

Today, Elon Musk confirmed that the had made an offer to acquire Twitter, offering to spend $54.20 per share to buy-out the company's other shareholders. This deal would turn Twitter into a private company under Musk, allowing Musk to "unlock" the "extraordinary potential" of the company.

In his SEC filing for the planned offer, Musk made it clear that he would "would need to reconsider my position as a shareholder" if his offer was not accepted. The way Musk sees things, Twitter cannot "thrive" nor reach its potential as "the platform for free speech around the globe" as a publically traded company. Musk believes that this offer for Twitter is a good deal for shareholders, as he is paying a 34% premium for these shares based on their value on the day his investments were revealed publically.

Below is what Musk had to say about his offer to acquire Twitter, as stated within his letter to Bret Taylor, the Chairman of Twitter's board of directors.

I invested in Twitter as I believe in its potential to be the platform for free speech around the globe, and I believe free speech is a societal imperative for a functioning democracy.

However, since making my investment I now realize the company will neither thrive nor serve this societal imperative in its current form. Twitter needs to be transformed as a private company. 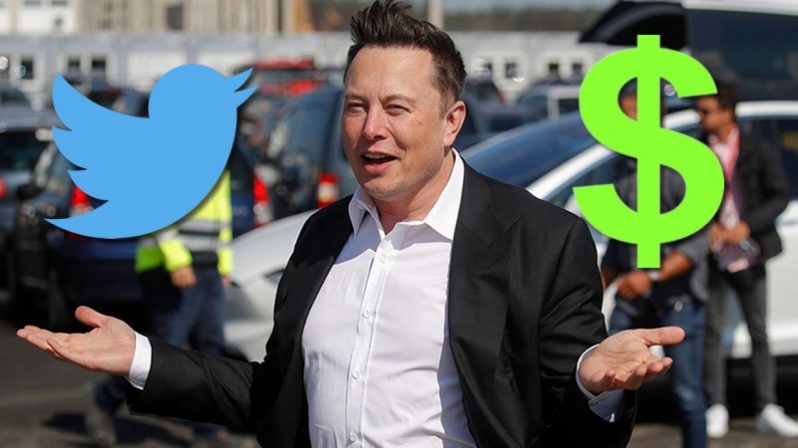 With his declaration, Elon Musk has given Twitter a now or never opportunity. Either Twitter gets bought by Musk, or Musk will divest from the company. Musk has previously claimed that the is "giving serious thought to" creating an alternative to Twitter, a new social media platform where his "free speech principles" are adhered to.

Musk's offer to purchase Twitter is a hostile one, as he has threatened to "reconsider" his 9.2% stake in the company should his offer be rejected. Musk will either buy Twitter and act on his desires to change the company, or leave. Whether or not Twitter will agree to this deal remains to be seen.

You can join the discussion on Elon Musk's offer to buy Twitter on the OC3D Forums.

dazbobaby
Surely to God it would be far cheaper for a tech billionaire to build a competitor to twitter, than to spend nigh on $50bn to buy it.Quote

AngryGoldfish
Quote:
It's cheaper for people to clean their own toilets, but they pay me to do it.

NeverBackDown
Quote:
Be cheaper to make one yes not easier to get the same monthly active usersQuote